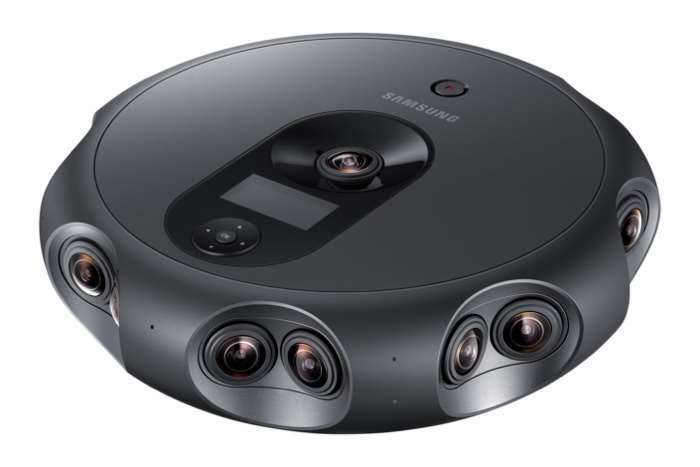 Samsung has unveiled a new 360 camera at their developer conference, the Samsung 360 Round. The company has revealed that this new camera is designed for streaming high quality 3D content and VR.

The camera comes with a total of 17 different camera lenses, these are set up with eight pairs of cameras horizontally around the device and one on top.

The Samsung 360 Round  comes with an IP65 rating for dust and water resistance and it offers 4K content, the ability to live stream with little to no latency and more.

“The Samsung 360 Round is a testament to our leadership in the VR market. We have developed a product that contains innovative VR features, allowing video producers and broadcast professionals to easily produce high quality 3D content,” said Suk-Jea Hahn, Executive Vice President of Samsung Electronics’ Global Mobile B2B Team. “The combination of livestreaming capabilities, IP65 water and dust resistance and 17 lenses makes this camera ideal for a broad range of use cases our customers want—from livestreaming major events to filming at training facilities across various industries.”

You can find out more details about the new 360 Round camera from Samsung over at the company’s website at the link below. As yet there are no details on pricing, as soon as we get some more information, we will let you guys know.