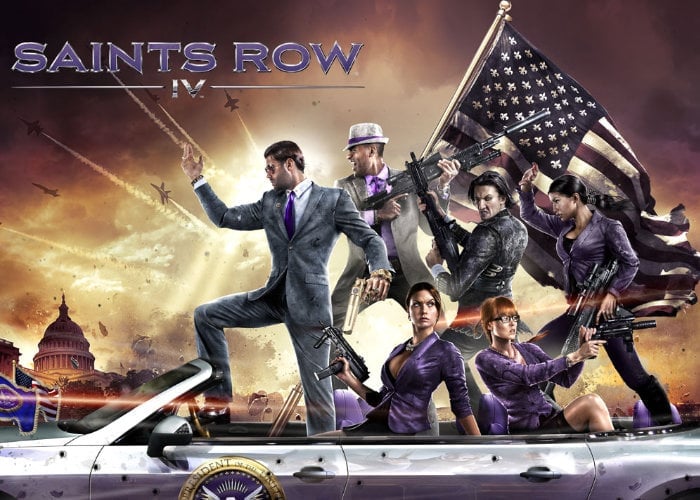 “Live the ultimate power fantasy as you go from POTUS to simulation superhero, causing mayhem all over Steelport to save humanity from the total destruction brought on by charismatic alien dictator Zinyak and his army of Zin. Face off with super-ethical man-cat Professor Genki in telekenetic Mind Over Murder, and classic mascot kill-athon Professor Genki’s Super Reality Climax.”

Key features of the Saints Row 4: Re-Elected game include :

– The American Dream – Play as the President of the United States in a wild story that spans countries, time, and space. It’s up to you to free the world, now for the first time on Nintendo Switch™.
– Super Hero-in-Chief – Leap over buildings. Kill people with your mind. Run through tanks. Those are just some of the powers on offer that you can wield in your quest.
– Alien Toys of Destruction – Wield an impressive array of alien vehicles and weapons. The Inflato-Ray, the Polarizer, the Disintegrator, and many more are all are yours to utilize.
– Custom Weapons, Custom Mayhem – You’ve customized your character. You’ve customized your clothes. Now you also have a powerful weapon customization system.
– Dynamic Duo – Seamless drop-in, drop-out co-op, a Saints Row standard, improved. The only thing better than one malicious super powered President is two!
– Fully Re-Elected – Saints Row IV Re-Elected contains an impressive 25 DLC Packs, including the Dubstep Gun (Remix) Pack, the Presidential Pack, the Commander-In-Chief Pack, and two celebrated episodic story expansions: Enter The Dominatrix and How The Saints Save Christmas