It looks like Google will be rolling out their Google Instant service in search results to Apple’s Safari browser on iOS devices, which will include the Apple iPad, iPhone and iPod Touch.

Google has yet to officially announce this feature is coming to iOS devices, so we are not exactly sure when it will be available on the iPhone, iPod and iPad. 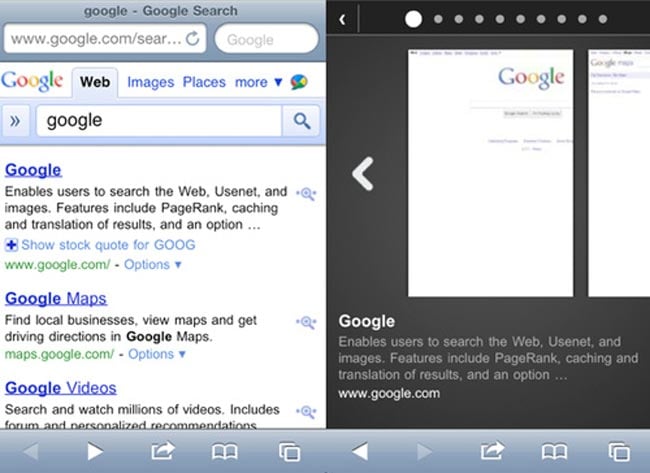 Users of the feature on Safari for iOS will be able to swipe through previews which have been generated by your search query in a similar way that you would with Safari’s tab feature.