If the price and marketing are properly balanced, a revolution might be sweeping Moscow’s streets very soon. We’re not talking about a return to Bolshevism though. The picture you see below is a concept for a new class of hybrid dubbed the “City Car.” (The official name has yet to survive the rigors of a fan contest.) 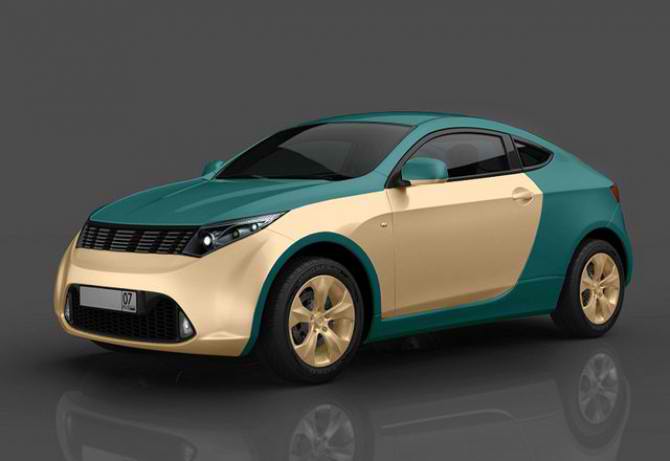 Equal parts homegrown innovation and environmentally conscious effort to clean/boost the Russian car industry , the project is being pushed forward by billionaire Mikhail Prokhorov. His Onexim group has just partnered with a local truck manufacturer to develop the “City Car.”

A prototype of the gas-electric hybrid is expected to debut on December and the only available specs at the moment is it can go from 0-60 in 14 seconds. That’s fine if this is just for everyone’s ride to the office. However, Mr. Prokhorov has mentioned that the car’s performance will be modular thanks to a yet unannounced type of battery.

Unfortunately, despite the efforts of designer Vladimir Cesler, the product currently being featured in the official blog (i.e. the pic above) hardly inspires our enthusiasm. Look at it—green and gold/beige? Quick, someone get a name industrial designer onboard this project to save this set of wheels from being the fashion victim of European roads. Because really, green and gold/beige?

The bad news is the color scheme won’t change any time soon since they’ve officially been declared a brand signature.