Bearing in mind a long series of suicide bombings in the last several years, Russian authorities have made it known that a special kind of public toilet will be available to the common citizenry soon. Claiming that it’s “vandal and terrorist proof,” the concrete covered toilet also has a few automatic features that would put lesser receptacles to shame. It might not be the height of glamor, but it’s safe to say surviving the Singularity and the rise of the machines is do-able while you’re sitting on this throne. 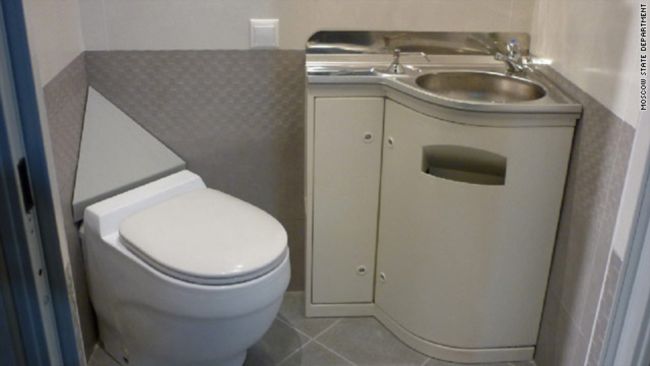 The shells of the new lavatories will be made from ultra-strong fibrous concrete, while fittings inside will be a mixture of steel and reinforced plastic.

Due to be brought into service before the end of the year, members of the public will be allowed to spend a maximum of 30 minutes inside before the door opens automatically and an alarm sounds.

In a city where the temperature can fall well below zero in winter, the new unisex toilets boast another advantage: the temperature inside will never drop below 16 degrees.