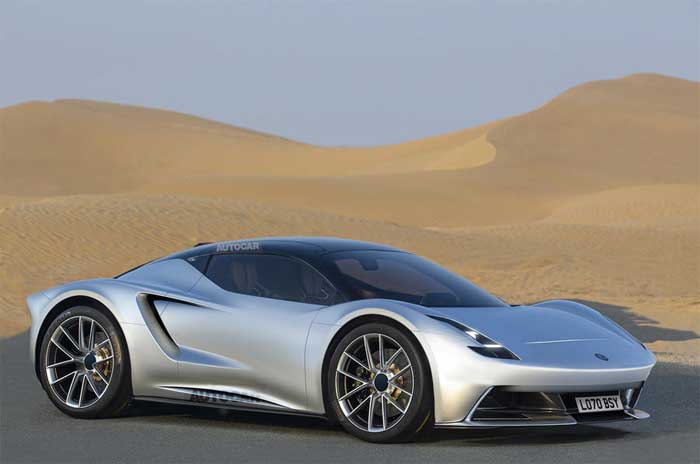 A new rumor is going around that fans of the Lotus brand will appreciate. According to this rumor, the Lotus Esprit may return as a car that sits above the Evora in the Lotus line. The rumor claims that the vehicle uses a V6 paired up with a hybrid powertrain system.

The expectation is that with the car sitting above the Evora in the line, it would produce somewhere in the area of 500 horsepower. There is speculation on if the vehicle would be called the Esprit at all, but we certainly hope so.

Fans of the past generations of Esprit may hope for a traditional wedge-shaped design, but rumors suggest that it will look like a shrunken Evija. The car said to be a two-seater with ample storage and to be the most daily usable car in the Lotus fleet.