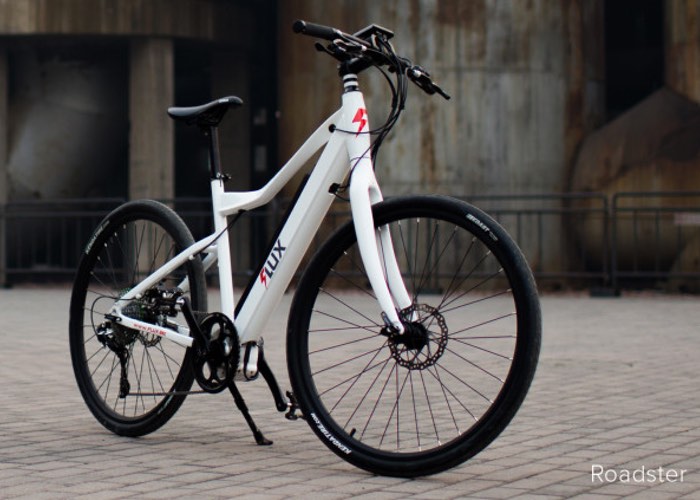 If you fancy one of the new Tesla Model S cars but your budget won’t quite stretch, you might be interested in a new rugged electric bike called the FLUX which is powered by the same battery included in the Tesla Model S electric car.

The FLUX electric bike has been specifically designed with a mid motor for a smoother more powerful ride as well as providing a lightweight rugged electric bike that is constructed using high-end components. 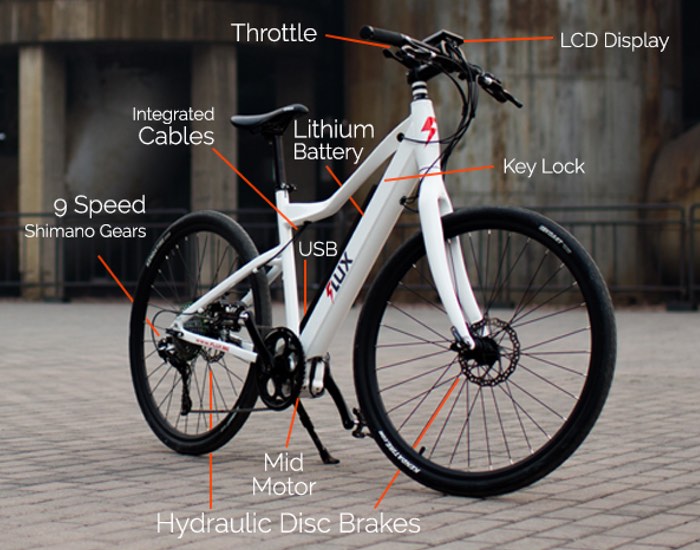 Watch the video below to learn more about the FLUX its electronic technology and construction. The FLUX is now available in three different models that take the form of the Roadster, Trail and Attack and are currently over one Indiegogo looking for backers to help raise funds to go into production. At the current time the project is edging close to $500,000 in backing thanks to over 400 backers.

FLUX is powered by the same batteries as the Tesla Model S. It rocks a mid motor (in the crankshaft) for a smoother, more powerful ride. It’s rugged and lightweight compared to all other e-bikes. With 5 ride modes, you can get as much or as little exercise as you want. Studies show that e-bike users ride 80% more often and over twice as far than on regular bikes!

We’ve worked day and night for the past year to build what fans are calling the best e-bike in the world. High-end components only available on bikes costing 2-3x more than FLUX. Great design. Lightweight. Huge power and range. Say goodbye to those messes of wires and big bulky batteries. It’s time to put some sexy back into your ride. Get up steep hills without missing a beat. Your time is valuable. Spend it doing what you love, not fighting gravity.

For more information on the new FLUX electric bike jump over to the Indiegogo website for details following the link below.