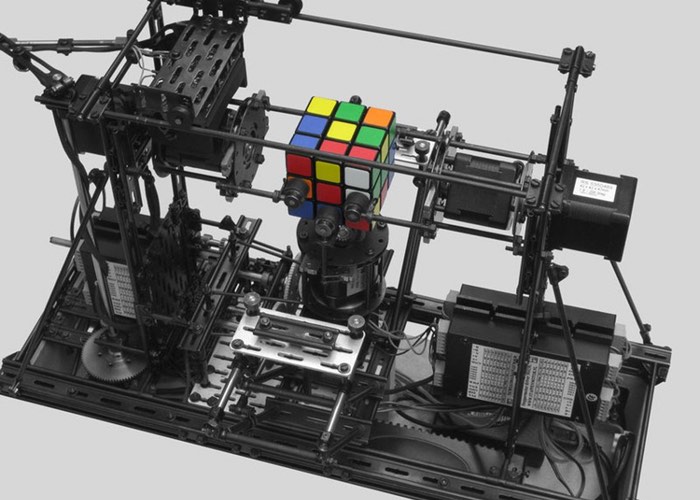 Over the years we have featured a number of Rubik cube solving machines however none have been creating using the FAC building system that was developed back in the early 1950s by Swedish artist Mark Sylwan.

The processing part of the system is controlled by a raspberry Pi single board mini PC which has been combined with an Arduino development board to control the different servos within the system.

Watch the video below to see the system in operation and its mesmerising mechanical driven problem-solving actions.

The heart of this stand alone machine is built up from a Raspberry Pi Compute Module in combination with an Arduino Mini. The scanner is assembled from 3 modified Colorpal colorsensors.

For the second generation solver (4 gripper solver) we are going to use the Pi camera in stead of the afore mentioned Colorpal’s. For the solving part we used part of the Kociemba algoritm.