The new RSON8 DJ Controller concept has been designed to combine both a mixer and two decks into one very portable device, which is small enough to fit in a coat pocket.

The RSON8 is equipped with a multitouch screen and onboard solid state memory, together with a lithium battery allowing you to DJ practically anywhere. Watch the video after the jump to see it in action. 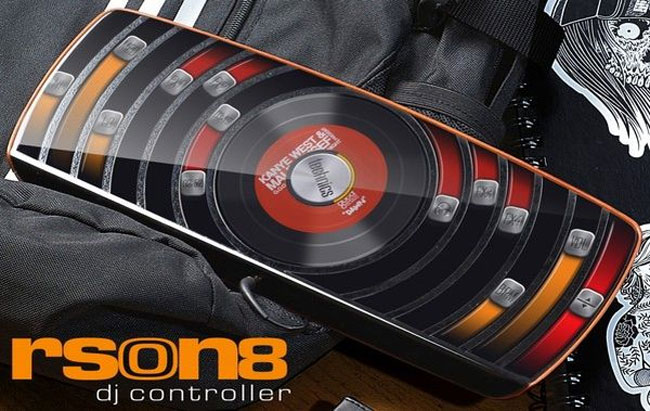 The RSON8 DJ Controller concept has been created by Vibhas Jain and has been designed to making mixing tracks a lot easier than using a full mixer and twin decks.

The multitouch screen has been tailored to use next generation tactile feedback substrates, enabling the user to literally feel the sliders, which appear at either side of the disk. 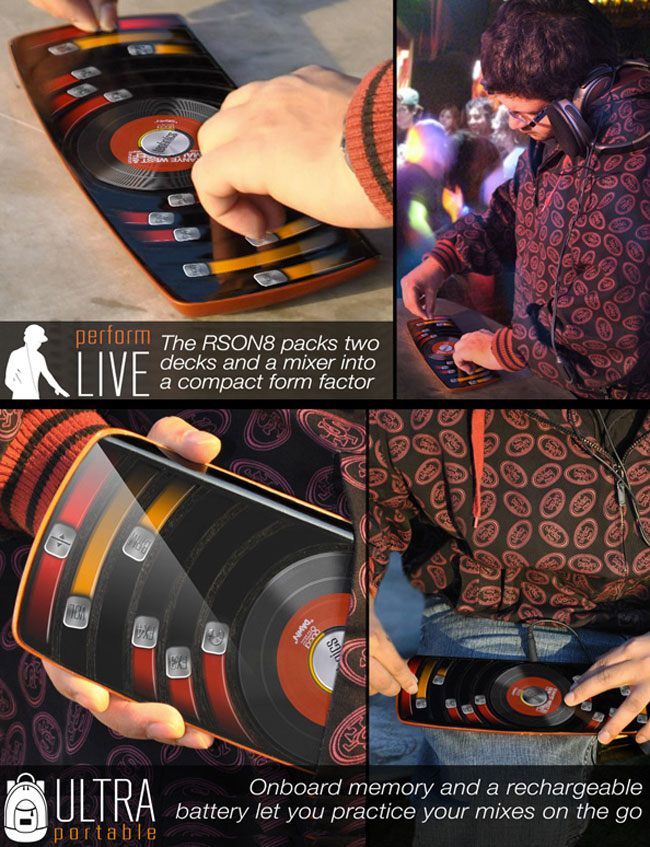