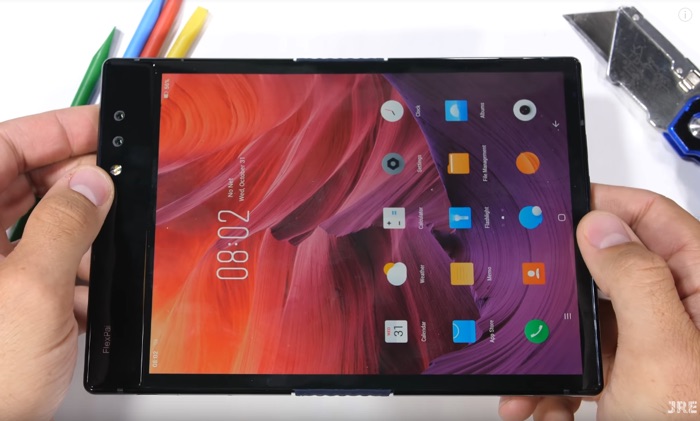 The Royole Flexpie is the first folding smartphone that you can actually buy and now the handset gets put through a number of durability tests.

The device can be seen in the video below for JerryRigEverything, it is scratch tested, burn tested and of course bend tested, will it survive being bent the wrong way? Lets find out.

As we can see from the video the device did not do well on the scratch test with scratches appearing at level 3, normally smartphones start to scratch at level 6.

The device did not do well in the burn test either with permanent damage to the display after around five seconds.

When the handset is bent the wrong way the hinge on the device snaps, the display still works but it comes away from the frame and in the end there is permanent damage, probably not a good idea to bend the handset the wrong way.