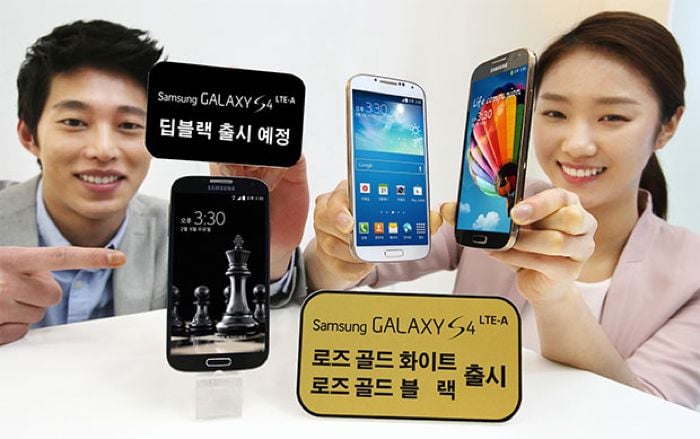 The handset features a 4 inch full high definition Super AMOLED display with a resolution of 1920 x 1080 pixels, it also comes with 16GB of built in storage and a microSD card slot which supports up to 64GB cards.

Other specifications on the Samsung Galaxy S4 LTE-A include a 13 megapixel rear camera, and of course the LTE Advanced, plus WiFi and Bluetooth.

These new versions of the Samsung Galaxy S4 LTE-A will retail for 847,000 won in South Korea, which works out at around $786 dollars.