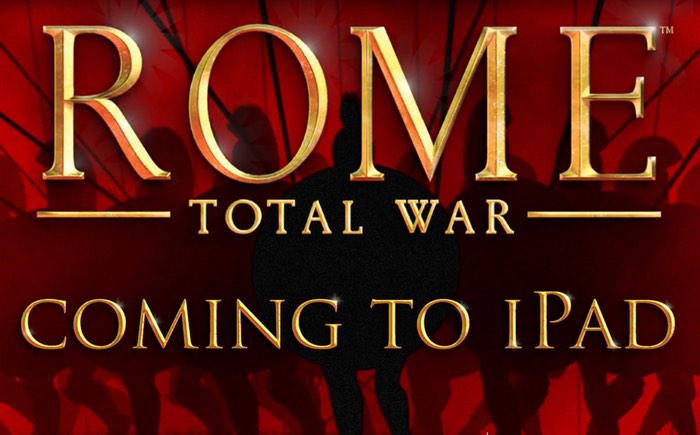 iPad owners will soon be able to enjoy the ROME Total War game on their tablet devices, as the game will soon be available to play on first generation iPad Air and iPad mini 2 models or higher.

Check out the announcement trailer below to learn more about what you can expect from the iPad version of the popular Total War strategy and conqueror game.

Experience the full glory of ROME: Total War as you rule the ancient world from your iPad. ROME: Total War is a strategy game of epic scale, offering players a seamless integration of strategy and tactics to fight spectacular battles, while using diplomacy, subterfuge and assassination to pave the road to ultimate victory. All footage captured from a development version of the game running on an iPad.

Unfortunately no information on pricing or worldwide availability has been released as yet for ROME Total War for iPad, but as soon as information comes to light we will keep you updated as always.