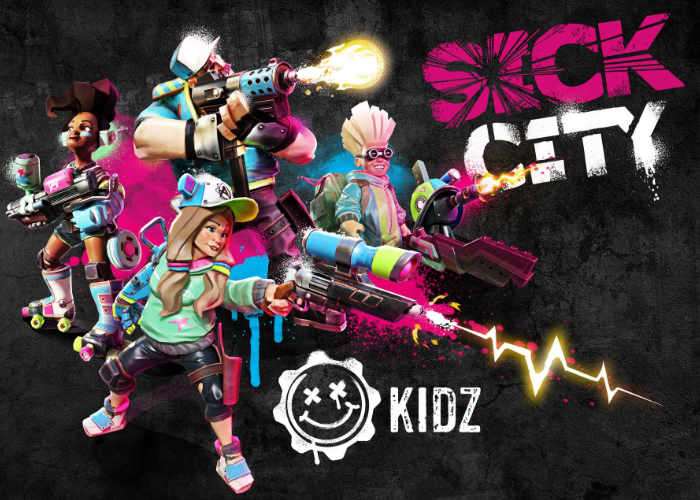 Hardware manufacturer ROCCAT has unveiled their new and very first game developed by the company which takes the form of Sick City a real-time tactical combat game.

ROCCATExplains that the new game has been designed to “Breaks with both conventional genre and developmental norms.” and has been created by the new ROCCAT Games Studio.

Decisions such as new maps, factions, game types, campaigns, even the future of Sick City in eSports will be placed in the hands of the community and players. Watch the teaser trailer below to learn more about what you can expect from Sick City. ROCCAT explains more:

Sick City has a unique, unmistakable art style that’s timeless and very much ROCCAT (though I myself find it similar to Sunset Overdrive.) Factions and vehicles vary wildly, but they all come together in the world of Sick City in a way that ROCCAT hopes players will instantly recognize. Gameplay is being presented as a modern twist on familiar genre favorites, combining the strengths of tactical classics like Commandos’ exciting espionage maneuvers and the direct action of Company of Heroes without time-consuming foundation construction. All of this is further topped with a dose of Warcraft 3-inspired unique heroes and powerful abilities.

“The melding of these components makes Sick City a unique player experience that strategy enthusiasts have not yet experienced”, says ROCCAT; fast-paced action and tactics in a post-apocalyptic world with unique squads, all with a valuable component to add to your combat strategy: that’s Sick City.