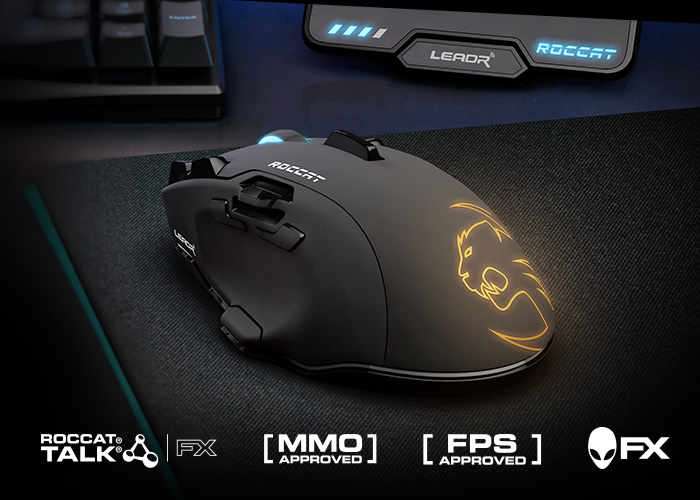 Gaming peripheral maker Roccat has unveiled a new addition to their range of wireless gaming mice at CES 2017 this year with the launch of the new Roccat Leadr, which promises “virtually zero latency”.

The Roccat Leadr comes complete with its own charging station and has been designed to perform just as well as a wired gaming mouse offering 1000Hz polling and 2.4GHz data transmission which is faster than USB. 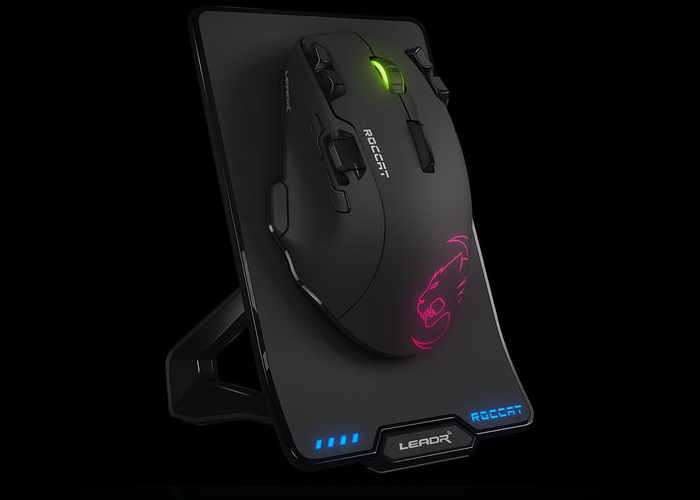 The Leadr gives you the freedom of wireless with the performance of wired. It rocks a combo of pioneering wireless technology and an optimized Owl-Eye optical sensor, meaning gaming with a wireless mouse is no longer a handicap. Zero lag and with virtually zero latency, it features a docking station with a top-cup cable plus an innovative suite of buttons for enhanced control, the Leadr is the wired mouse with no wires, making it wireless royalty.

What sets the Leadr apart from its competitors is its pioneering wireless technology. Leadr was developed with a view to providing gamers with a wireless mouse that performed just as well as a wired one. With 1000Hz polling and 2.4GHz data transmission – faster than USB – it boasts zero lag and virtually latency, for lightning-fast input. This technology is complemented by the pioneering ROCCAT® Owl-Eye optical sensor, which is optimized for wireless. Other wireless mice make sacrifices by using power-saving modes but Owl-Eye uses full power all the time, bringing the feeling of wired to wireless.

For more information on the new Roccat Leadr wireless gaming mouse jump over to the official website for details by following the link below.