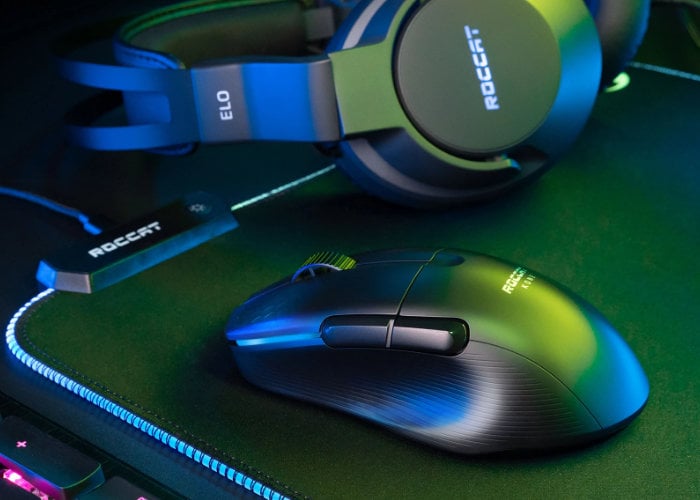 ROCCAT has introduced two new gaming mice this week in the form of the Kone Pro Series, both of which are now available to preorder and will start shipping out to customers during the middle of next month. Priced at around £120 for the wireless Kone Pro Air gaming mouse or £70 for the wired Kone Pro. The new gaming mouse series combine ROCCAT’s ridiculously fast Titan Optical Switch technology with “the signature feel of the brand’s legendary Kone PC gaming mouse design” explains ROCCAT press release.

“ROCCAT debuted the first-ever Kone mouse in 2007, and the Kone was also ROCCAT’s first commercially launched product in 2008 and has gone on to become a staple of esports. 13 years later, the Kone’s design has undergone well-over a decade’s worth of research into hand sizes and grip-types to create the most advanced, ergonomic, and competitive mouse yet.”

“The new Kone Pro series adds our latest groundbreaking features to this fan-favorite mouse design to deliver true competitive comfort. It is a marvel inside and out,” said René Korte, ROCCAT Founder and General Manager for PC peripherals at Turtle Beach. “ROCCAT’s origin story begins with the first Kone, so when we set out to redesign our most iconic mouse, we were excited to bring our latest advancements together in a new offering that surpasses what’s come before. This was no easy task. However, I can say with confidence that the new Kone Pro series is our best yet.”