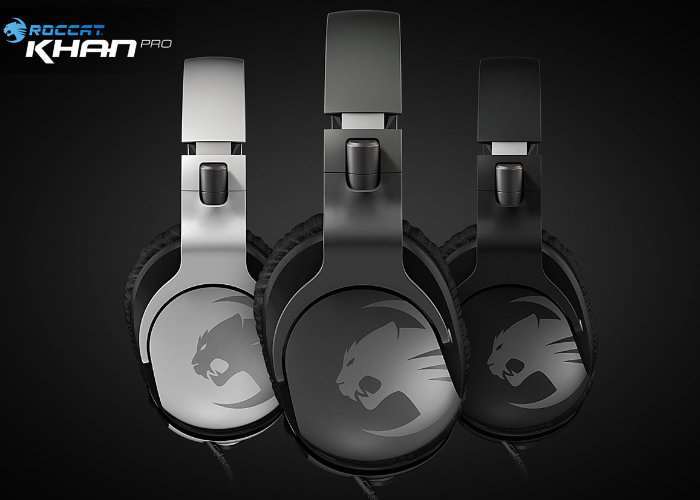 Roccat have unveiled a new addition to their range of performance gaming headsets with the launch of the new Roccat Khan Pro which has been specifically designed for esports and enthusiasts.

Now available to purchase price of $100 the Khan Pro is the first gaming headset to be granted the Hi-Res Audio certificate, which apparently is only given to the very “best audio products on the market” says Roccat.

Features of the Khan Pro include Real-Voice mic capable of picking up lower frequencies than competitors in its class, making the human voice sound as natural as possible on a gaming headset ensuring commands and callouts are crystal clear.

Designed for epic moments, the Khan Pro puts you in the esports zone. Imagine yourself on the competition stage surrounded by your teammates, pumped full of energy. You’re ready for battle as you sit face-to-face with your opponents. You can feel the passion as the crowd roars your name. You type “GL & HF” into chat and you’re in the zone, ready to go. The Khan Pro is built for this very moment. It’s the headset that makes you raise your level.

Designed for the needs of esports champs, the Khan Pro truly sets a new industry standard. It’s the first Hi-Res Audio compatible gaming headset and it delivers richer highs, mids & lows so you can pinpoint opponent locations with ease. Its high speed drivers eliminate lag and muddiness, and its passive noise cancelation means it works great even in noisy environments. It’s the headset that beats the competition in every aspect.