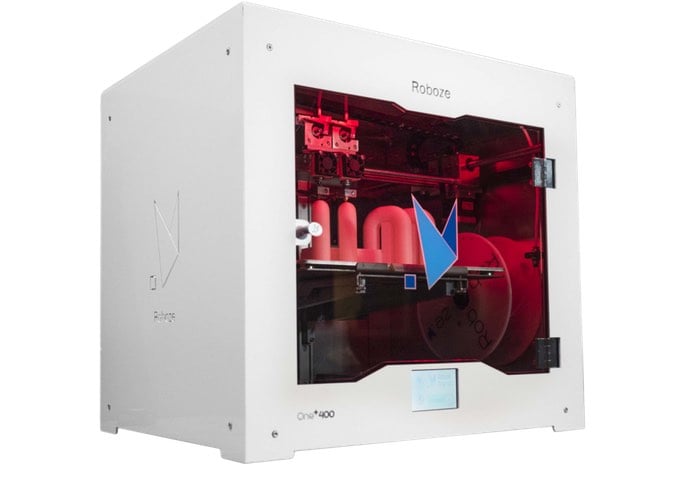 Roboze has this week announced the availability of their new Roboze One+400 3D printer which is now available to purchase and is capable of producing objects by 3D printing both PEEK (polyetherketone) and PEI (polyetherimide).

The One+400 3D printer is fitted with a patented Mechatronic movement for the X and Y axes, and the motion is entrusted to a counterbalanced pair of tempered stainless steel helical racks, says Roboze, who explain more.

Redesigned to operate with a wider range of materials and applications. High Temperatures – The new dual extruder can reach temperatures of up to 400 °C, allowing printing with two polymers at the same time, or using the second extruder for printing soluble support or break-away material

Extruder – The extruder has been redesigned and optimized for heat dissipation, and equipped with an air cooling system
Building Materials – We designed the extruder for the Roboze One + 400 according to thermodynamics and material engineering; we used aluminum 6082 where needed for heat conduction, and AISI 303 where heat dissipation is needed instead. The Roboze One +400 is equipped with proprietary firmware and electronics designed to express full mechatronic potential and safely reach very high extrusion temperatures

For more information on the new Roboze One+400 3D Printer jump over to the official Roboze website for full specifications and the ability to order via the link below.