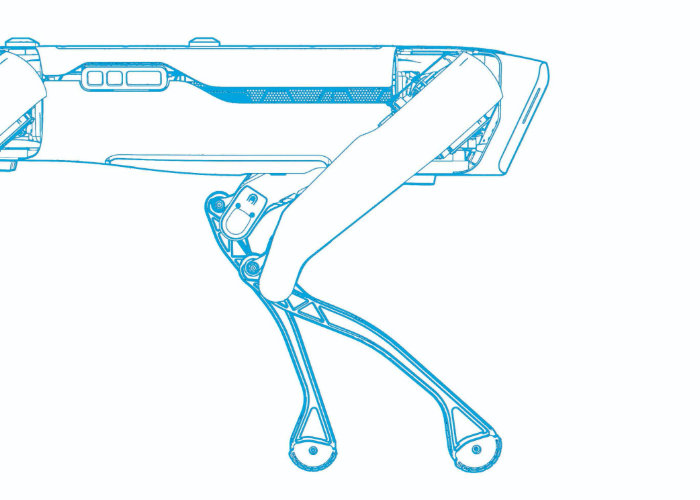 Boston Dynamics the development and research company behind the quadruped Spot robot, has this week announced the release of a developer SDK toolkit providing a “flexible tool for robotic developers” to push the quadruped robotic platform to its limits.

“Since the Spot Early Adopter Program started in late September, customers across the world have had success building software applications and custom payloads on the platform in industries ranging from construction, energy utility, public safety, mining, and entertainment. Joining that group of early adopters today is Adam Savage of Tested. This morning, he released the first video of his “Year with Spot” campaign. Over the course of the year, the entertainer and engineer will develop and deploy custom hardware and software on Spot that demonstrates the flexibility of the platform through a variety of entertaining applications. With the SDK and Spot’s hardware interfaces, developers like Adam’s team at Tested can create custom methods of controlling the robot, integrate sensor information into data analysis tools, and design payloads which expand the capabilities of the base robot platform.”

For more information on the open source Boston Dynamics developer SDK and the companies first-ever user conference, Actuate, (Actuate 2020 will be invite-only for existing ecosystem members) set to take place May 12-13th in Boston, Massachusetts, jump over to the official Boston Dynamics website.

“Spot’s early adopters have had robots in hand and on-site for a few months now, and we’re seeing an early adopter community come together to build solutions on the platform,” said Boston Dynamics VP of Business Development Michael Perry. “There’s no better way to facilitate getting customers the tools they need to create exciting new applications for the robot than connecting the already vibrant and creative community already leveraging Spot.”