Last week we told you that Samsung had staged a protest outside an Apple Store in Australia, in some sort of viral marketing campaign, well it turns out that Samsung had nothing to do with it.

RIM was behind the wake up campaign, and they have confirmed to MacWorld that it was part of a campaign which will be revealed on the 7th of May, have a look what they had to say below and also the video which we showed you last week. 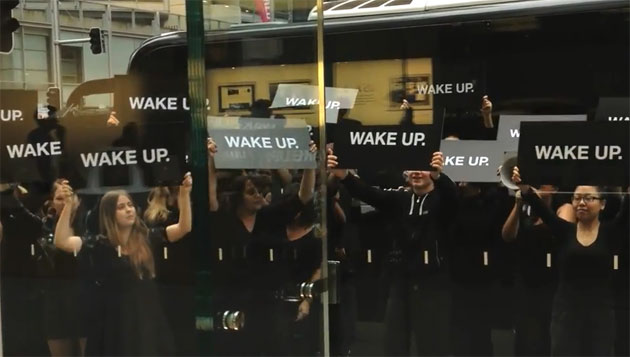 “We can confirm that the Australian ‘Wake Up’ campaign, which involves a series of experiential activities taking place across Sydney and Melbourne, was created by RIM Australia. A reveal will take place on May 7th that will aim to provoke conversation on what ‘being in business’ means to Australians.”

So it looks like this, shall we say interesting attempt at marketing was down to RIM, I wonder what they have planned next.