We have already seen a few demo videos of RIM’s new BlackBerry PlayBook tablet in action, and now RIM has released a new video showing the PlayBook paired with a BlackBerry smartphone.

One of the features on the PlayBook for business user is the ability to pair your PlayBook with your BlackBerry handset, and you can see this in action in the video below. 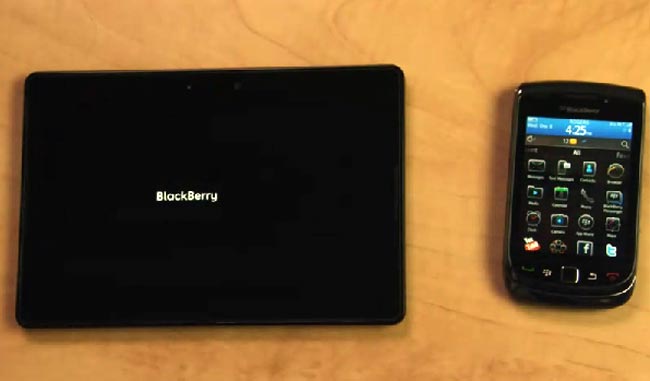