Could next week bring the arrival of a new smartphone from a partnership between RIM and Porsche Design? Apparently Blackberry is sending out invitations inviting guests to a new preview evening next week on October 27th 2011.

The invitation pictured below was received by the team over at the Stuff Middle East website and hints of a new phone from a collaboration between Porsche Design and BlackBerry might be unveiled. 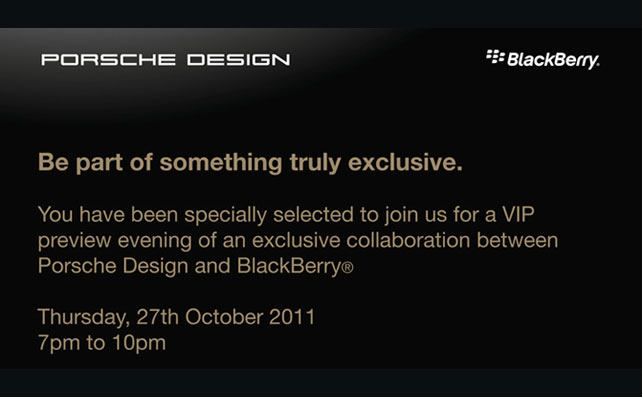 Earlier in the year photographs of a concept which was though to be a BlackBerry and Porsche design were uncovered, but we will have to wait until the unveiling next week to know if this was actually the device. But as always we will keep you updated on any new information that surfaces about the intriguing announcement.