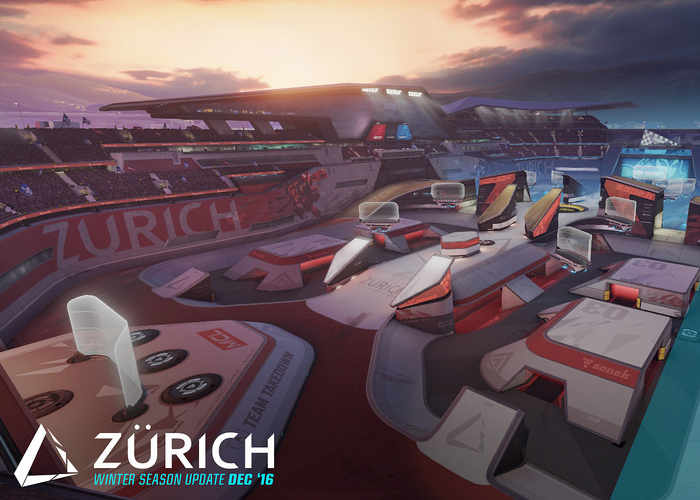 Jeroen Roding from developer Guerrilla has taken to the official PlayStation blog this week to reveal more details about the new RIGS Mechanized Combat League Winter Season update, and release a new trailer to highlight what you can expect from the new content.

The new content will start arriving from today December 20th 2017 and more will be added throughout the winter, to ensure they must have plenty of mechanized combat action to keep them occupied during the winter months.

Check out the trailer below to learn more about the new arena located in Zurich, Switzerland. Details of additional content that will be roll out over the following weeks is detailed below ;

This new arena draws a lot of inspiration from skate parks, and focuses around four sunken bowls that flow into the surrounding structures to allow the RIGS to achieve big air jumps. The new arena can be played in single player as well as multiplayer mode, and will come with its own set of Trials to complete for credits and fame.

On December 27, you’ll be able to pilot the first batch of APX RIGS. These upgraded versions of the original RIGS will feature an enhanced boost system, giving them a much higher top speed in addition to new air-dodge and back-dodge abilities.

There’s a tradeoff, though: to achieve a much higher boost, APX RIGS are outfitted with a lighter form of armor that does not offer the same level of protection as the armor on the original RIGS. The first RIGS groups to receive the APX treatment will be the Test Rigs and the Vampire RIGS, with the Nuke RIGS to follow on January 10th.