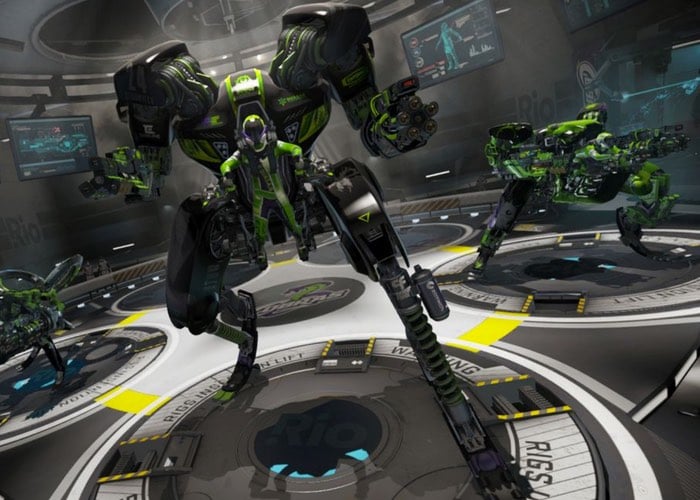 Alex Kanaris-Sotiriou Associate Art Director at Guerrilla Cambridge has taken to the official PlayStation blog to show you what RIGS Mechanized Combat League game is all about and the gameplay involved.

RIGS Mechanized Combat League is being created to launch exclusively on the new PlayStation VR platform, which is also currently under development and will be launching later this year to provide gamers with immersive PS virtual reality experiences.

Check out the video below to learn more about what you can expect from the game that allows you to take control of a range of huge machines named RIGS. Adorned with the new PlayStation VR headset players will be able to develop their own combat style and customise their RIG accordingly.

Immerse yourself into a gripping single player experience that will push your skills to the limit and sharpen your team tactics. Unlock new and more powerful RIGS to then take online against the world. Master some of the most sophisticated and athletic fighting machinery ever created, in your bid to dominate the arena.

Compete in a series of sporting events in the Mechanized Combat League – a near future sports league which pits teams of pilots against each other in real world locations. Face off against other teams from around the globe and enjoy an unprecedented sense of spatial awareness in multiple game modes with hero RIGS at your disposal.

For more information on the new RIGS Mechanized Combat game jump over to the PlayStation website for details ahead of the games launch later this year.