You just have to take this bit of news with a grain of salt. Seen below is a complete desktop rig the size of your fingertips. The crazy part is someone’s giant thumb turns it on and tries out the mouse on an obviously Windows OS. No way! Yes way. Hard to believe? Watch the video after the jump. 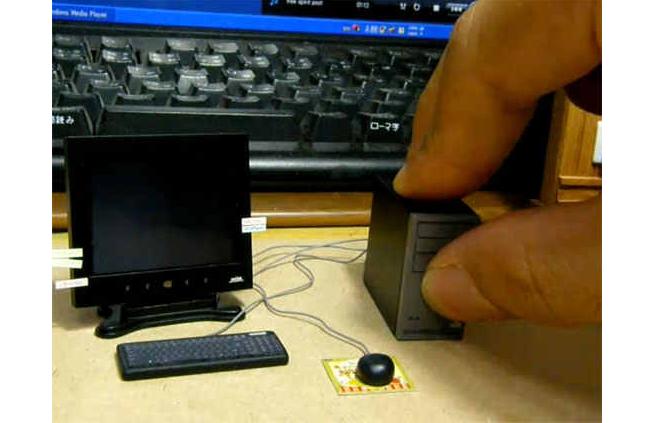 Okay, okay, so it’s not believable and probably is a funny case of special FX magic. Who cares! It’s worth a couple of laughs.

As most suspicious viral videos go, there’s little background available on this particular gag. That would be proof it’s a fabrication, a very entertaining fabrication. Would have been cool is the anonymous fingers that turned it on played a PC game for a while, like Battlefield 3 (even if it isn’t out yet).

Source The Daily What