So basically the intrepid rider slips their feet inside each wheel and zooms away. The top speed is a capable 20mph. That’s not exactly fast and furious, but it’s enough for essential errands like buying Cheetos. Another interesting aspect of this Wheelrider, which is powered y a two horsepower engine, is it can support a 200 pound person. This is great news for fat kids, but the morbidly obese may have to settle on a Segway. 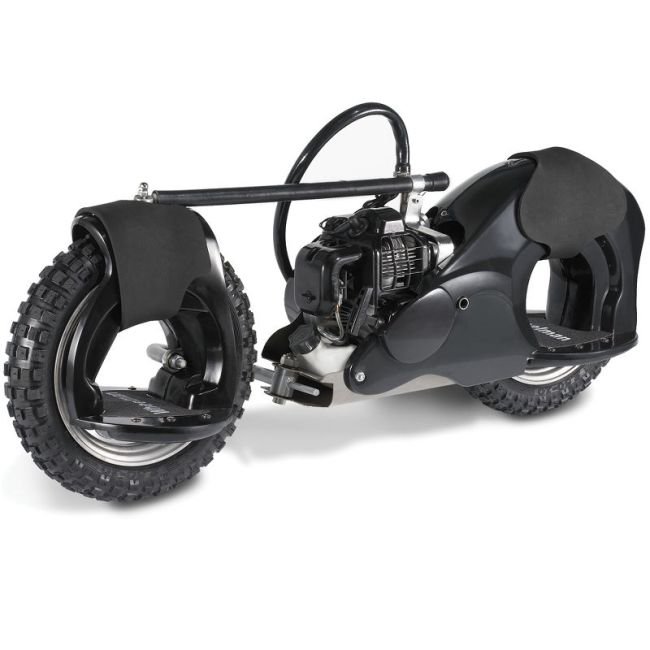 Those wondering about how versatile this ride is would be glad to know it’s an all terrain bad ass. Not really sure about snow and ice, but dirt roads are manageable. For braking, the rider is ‘tethered’ to a throttle, meaning hand movements and intuition ar ein control when screeching to a stop. To steer it, however, just use the front wheel.

It would probably take a while before anyone with a Wheelrider fools around with its specs. A decent hack might give it a performance boost adrenaline junkies can appreciate. In its current form, the Wheelrider’s engine only has space enough for ¼ gallon of oil and gas that goes as far as 20miles. That means it manages 20 in an hour with a peed of 20 miles per hour. Fantastic.