Some of our readers will remember the Project Magazine iPad app that was launched by Richard Branson last November, the App is basically an iPad only lifestyle magazine, and each issue was available for $2.99.

Now it seems that the latest issue of the Project iPad Magazine is now free, and there is a reason for this as the whole issue has been sponsored by American Express. 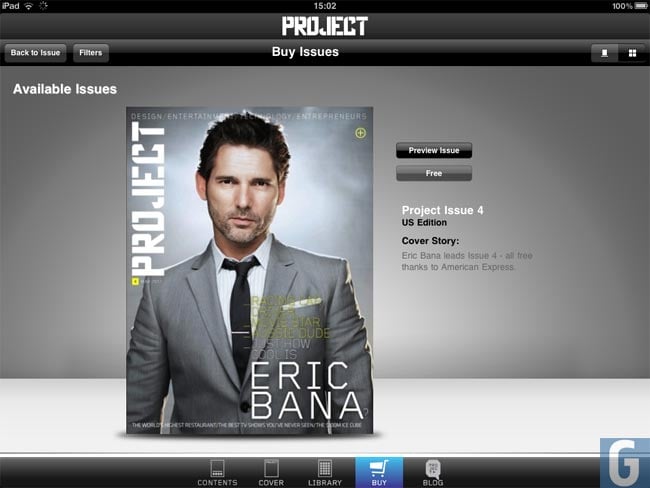 What this means for Branson and his Project magazine is that many more people will download it as it is now free, and he also doesnt have to give 30 percent of the revenue from the magazine direct to Apple.

Companies like News Corp have offered their iPad only publications for free, in the hope of building readers who will subscribe when they introduce subscription fees.

We could see more publications go this way in the future, offering it for free means a lot of people will read it and this may attract more sponsors, this wouldn’t be good news for Apple and their new subscription model, as they would be unable to take 30 percent of the revenue.