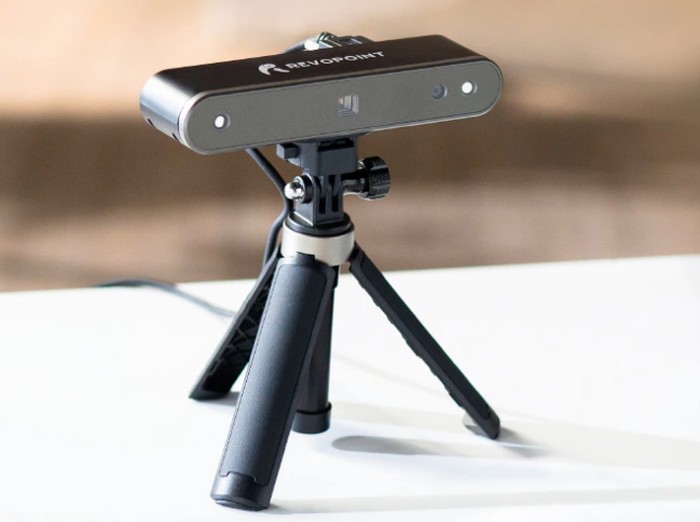 A new 3D scanner has launched via Kickstarter this month and has already raised over $500,000 thanks to over 1,200 backers with still 43 days remaining on its Kickstarter campaign. The Revopoint POP 2 is a precise scanner offering an accuracy of 0.1 mm enabling you to scan the real world and transform it into 3D digital assets. The portable and lightweight 3D scanner features a 10 Hz frames per second 6 Dof Gyroscope and global exposure RGB sensors.

The handheld scanning device can be used with Windows, Mac OS, iOS and Android devices and is compatible with a wide-ranging software including fusion 360, blender, Unity, Maya, 3D Max and more. It weighs just 195 g and requires a single USB cable to power the scanner enabling it to be directly connected to your laptop or phone for streamlined scanning. Although the 3D scanner is also equipped with a 5000 mA battery allowing you to scan with your phone for extended periods. 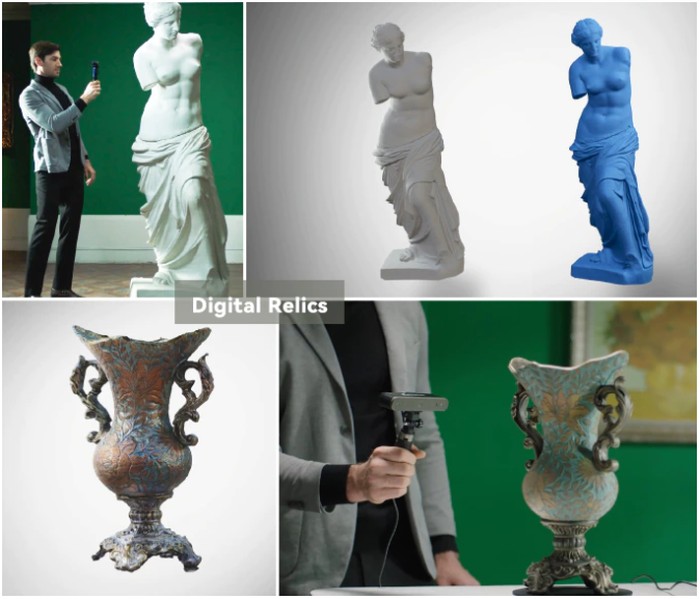 Backer early bird pledges are now available for the creative project from roughly $399 or £295 (depending on current exchange rates), offering a considerable discount of approximately 43% off the recommended retail price, while the Kickstarter crowd funding is under way.

“What’s popping? It’s Revopoint 3D! Last year, we launched the first generation of POP 3D Scanner on Kickstarter and gained huge success. After fulfilling all rewards and collecting feedback from our users, obviously, we know you love it! Now, we are excited to introduce you to POP 2, the upgraded feature-rich version of POP 3D Scanner that has higher precision, smoother operation, better color effect, etc. POP 2 can help you easily capture the 3D model for 3D printing, 3D design, VR/AR 3D modeling, reverse engineering and measurement, etc.”

With the assumption that the Revopoint POP 2 crowd funding campaign successfully raises its required pledge goal and the project progresses smoothly, worldwide shipping is expected to take place sometime around February 2022. To learn more about the Revopoint POP 2 3D scanner project watch the promotional video below.

” Typically, high-precision devices are costly and are designed for highly specialized users, making these devices unaffordable and unsuitable for the consumer market. That’s one of POP 2’s innovations: while it offers professional-grade high accuracy, the Revopoint POP 2 is presented with a consumer-grade price. It’s a one-of-a-kind 3D scanner available at this price range—yes, we know that’s what you wanted to hear! “

“The core hardware of POP 2 adopts the principle of binocular and Micro-structured light. With the help of the proprietary micro projecting chip, POP 2 ensures that the fast acquired 3D point cloud data has high accuracy, and the highest single-frame accuracy can reach 0.1mm. POP 2 supports high-precision scanning mode and texture scanning mode, which can directly generate vivid 3D models for color 3D printing. In terms of intelligent algorithms, POP 2’s built-in high-performance 3D calculation chip can effectively ensure the speed and efficiency of 3D scanning. Even if it is used with standard computer equipment, it can still scan smoothly without stalling.”

For a complete list of all available pledge options, stretch goals, extra media and specifications for the 3D scanner, jump over to the official Revopoint POP 2 crowd funding campaign page by clicking the link below.