It’s been almost three years and the whole $1 app ecosystem the App Store embodies still makes old school video game industry people about as nervous as a long-tailed cat in a rocking chair factory. Microsoft is looking at it from the bottom of a well, Nintendo just flat out refuses to acknowledge it and now Sony thinks it can tame it through sheer strength. This is the story of whether they’re up to the job. 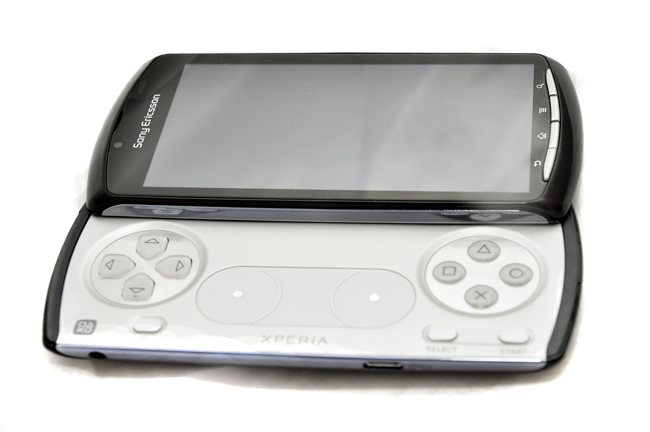 If it looks like a duck and it quacks like a duck, especially the first non-Google duck with Gingerbread on it, then that’s pretty much all you need to know right there. Of course, when that duck starts meowing, before long you begin to wonder. There’s nothing to make the Xperia Play stand out as an Android smartphone apart from the extensive, but ultimately cosmetic modifications Sony have made to the stock Android UI, but that means there’s nothing particularly wrong with it either. Sure, there’s some added bulk on account of the heaviest bullet point on the marketing list, but once safely tucked in a pocket it’s barely noticeable even compared to the modern phone’s anorexic profile.

A lot has been made of the screen’s dimness, some even writing it off completely, to the extent that it’s the first thing I checked when I had the chance. And while it is noticeably dimmer than the Desire Z I used as a control, it doesn’t really have that big an impact. Bottom line, playing a darker game on a sunny day on the bus is an enterprise fraught with as much peril on the Play as with any phone.

The Xperia Play is an exercise in contrasts. Before sliding it open, it looks big and bulky, but once fully unfolded seems small and fragile. Only seems, mind you, the mechanism has about as much wobble as Stonehenge on a windless day. It’s also probably the best part of the phone, as it snaps back and forth with purpose and without requiring you to put your back into it.

The camera is the completely reasonable 5 MP sort of shooter you expect from pedigree Android phones these days. What you wouldn’t expect is Sony not bothering to throw in 720p recording despite everyone and their dog knowing full well the hardware is more than capable of supporting it. Take a look and our article on Android vs iPhone to see which smartphone and mobile platform is best for you. 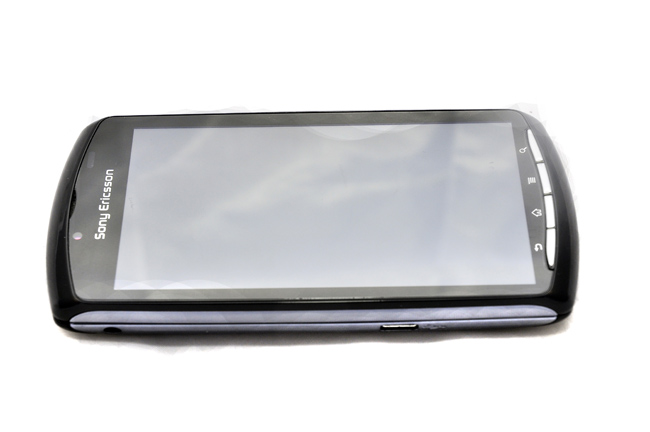 However, the reason you’re scrolling down the page with aplomb isn’t to hear how aggressively adequate an Android handset the Play is, but rather whether it lives up to its branding. The answer is a resounding no. The slide-out gamepad is good for a phone, but can’t hold a candle to anything with the PlayStation name on it.

What I couldn’t understand is why they’d leave the most important thing about traditional gaming input apart from the buttons unchanged when their whole mandate was to bring proper game controls to the smartphone. A touchpad isn’t all that different from a touchscreen where tactile involvement is concerned, after all.

It turns out there can be peace between us, however. Don’t get me wrong, I still consider them barely preferable to a touchscreen. I’d rather have had two PSP nubs any day of the week, carpal tunnel syndrome and all. But even aside from the saving grace of said touchpads at the very least getting your hands off the screen so you can, for the first time in your smartphone gaming career, actually have a gander at what’s going on up there, there is one trick that turns them from infuriating to functional: always remember to bring your thumbs back to the dot in the middle.

The shoulder buttons pretty much mirror the touchpad situation. These are a lot easier to explain away, as making them anything other than tiny little caps with barely any travel would have ruinously dug into the Arc aesthetic Sony Ericsson’s engineers have struggled to maintain. The buttons, though, tie everything together and make it all worthwhile. They’re perfectly spaced and snap back to attention like tiny little soldiers.

Any mobile phone purchase decision is a series of ifs. If you find yourself constantly playing games on your Android phone, get this, the improvements to the input experience are marginal even compared to something like the original PSP, but it positively sings next to a touchscreen-only interface. If, on the other hand you find the added bulk repulsive and would only stomach it for the sake of an email-devouring physical keyboard or better yet would rather have it gone altogether, then this shouldn’t even make your shortlist. 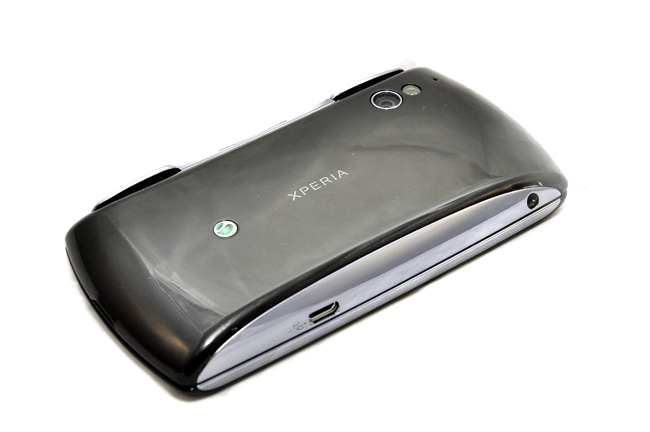 In essence, what you’re getting is a way of playing Android games that’s just barely comfortable enough to be worth it. The PSOne games and “exclusive” talk is all window dressing, at least until more than Crash Bandicoot on the PSOne side and Backstab on the other show up to the party. The good news is Android developers will most likely step up and unite behind it, if only because so little effort is involved in porting your game to it you could barely call it that. Not only that, but its probably Android’s best shot of forming a strong gaming brand.

The biggest danger it was facing was getting stuck in the dreaded Nokia N-Gage no man’s land of half phone, half game console, whole turd. And although I can confidently confirm it cleared that hurdle like a champ, no mean feat in itself, it will probably be a success, but it certainly won’t be a success story.