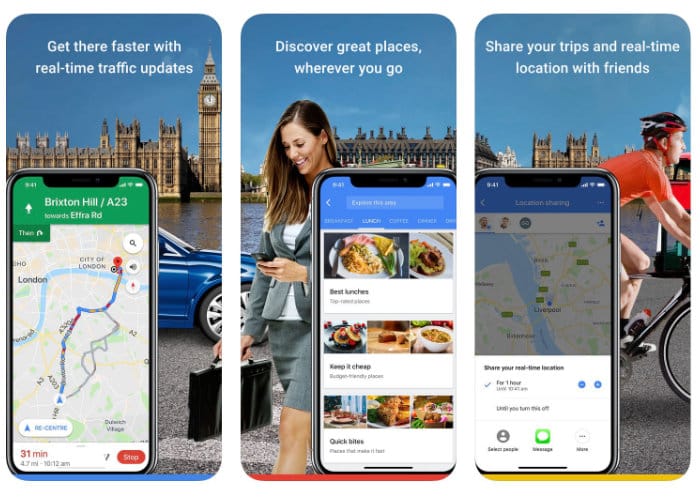 A new update has been rolled out by Google this week to its Google Maps iOS application, enabling users to check restaurant waiting times as well as additional transit information. The new application is now available to download for free directly from the iOS App Store and brings the iOS Google Maps app version 4.47 in line with the features available on the Android version of Google Maps.

As well as new features the latest Google Maps iOS app update also brings with it, tweaks, enhancements and bug fixes. Although the main features worth investigating are the new restaurant waiting times data which provides information on over a million restaurants worldwide. “Google Maps makes navigating your world faster and easier. Find the best places in town and the information that you need to get there.”

Within the latest Google Maps iOS application users can also sort through reviews of a restaurant and even get transit directions directly to the entrance. The new restaurant waiting times is now available in New York, Hong Kong, Taipei, Paris, Los Angeles, Delhi, Moscow, Singapore, Madrid, Barcelona, Kiev, and Budapest. But you can be sure that Google will be adding more in the coming weeks and months, as more locations roll out to the Google Maps restaurant waiting feature we will keep you up-to-date as always.