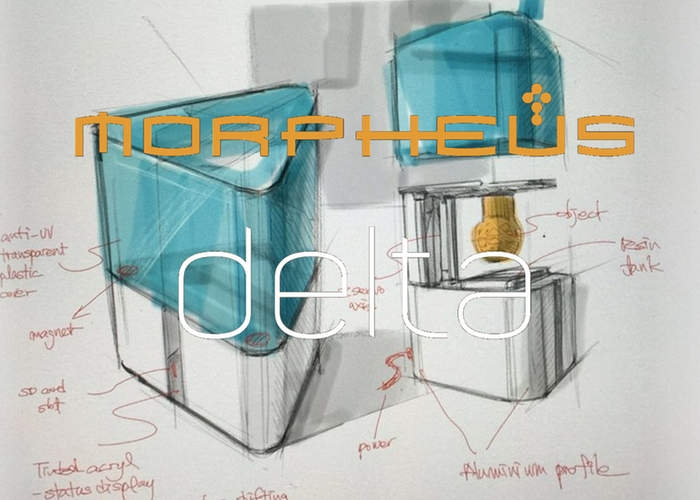 The high resolution resin 3D printer has been specifically designed to provide exceptional quality at an affordable price and beats anything else that is currently available offering exceptional print quality and printing speed for under $1,000.

Watch the video below to learn more about this new Morpheus Delta resin 3D printer which has already raised over $115,000 via Kickstarter thanks to over 226 backers with still 30 days left remaining on their campaign.

Let’s consider a resin 3D printer. We have SLA (Stereo Lithography Apparatus) and DLP (Digital Light Processing) technologies. They show a fine quality (far beyond FDM), because they employ light to form things from liquid photopolymer (resin). However they also have drawbacks; small build-volume and not-so-fast. Even worse, they are too expensive for common users to afford it. We know a couple of brands can provide relatively low-priced machine, but the operation cost (including resin, VAT and other consumables) is still expensive and the printing performance is not as good as we expect from such high-priced machine.

When we started the Project E7 early this year, the goal of the Project was simple & clear, ‘make another MORPHEUS at FDM price’, and we have spent almost 5,000 hours for R&D to realize our concept. Based on LIPS technology, we adopted various open-source technologies & knowledge like Arduino, Raspberry Pi and so on, to reduce the cost and development period. So.. we could successfully demonstrated its functional prototypes in just a few short months.

For more information on the new Morpheus Delta jump over to the Kickstarter website for details by following the link below.