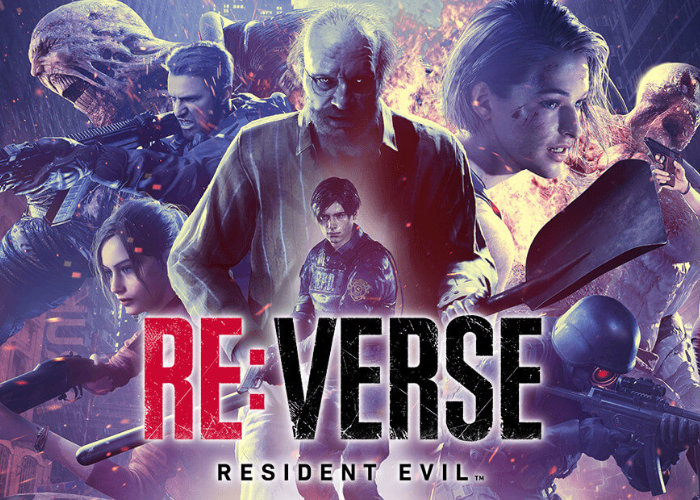 This year Resident Evil turns 25 and to celebrate Capcom has announced a new showcase it’ll take place during April 2021. Capcom don’t want to spoil any surprises, and have left fans to speculate on what the upcoming presentation might contain. Although they have also announced Resident Evil Re:Verse is getting an open beta and will be available to play on the PlayStation 4, Xbox One, and Steam from April 7th to April 11th 2021.

“In Resident Evil Re:Verse you’ll play as iconic Resident Evil characters, including Chris and Claire Redfield, Jill Valentine, Ada Wong, and Hunk as they clash in multiplayer battles across memorable Resident Evil locations. Take down opposing players with your chosen character’s unique weapons and skills to earn points, and string together takedowns to build up your point score – but beware that you’ll have a target on your back as a result!”

“Wow, what a milestone! It’s official – Resident Evil is 25 years old! That’s old enough to rent a car without an additional fee, but more importantly, it’s a huge landmark for our beloved survival horror franchise. Today is just the start of the celebration, too. We have lots to look forward to over the next few weeks! Here’s just a slice of what to expect.

First up, we have a major announcement to kick things off: A new Resident Evil Showcase will be dropping this April! We don’t want to spoil any surprises, so we’ll leave it to all of you to speculate on what this upcoming presentation might contain. If you’re itching for tasty new info, keep an eye on Resident Evil social channels on Facebook, Twitter, and Instagram for all the latest. If you need something to hold you over, why not watch, or re-watch, the January Showcase from earlier this year?”