Japanese researchers at the Toyohashi University of Technology have revealed that they have devised a way to wirelessly transmit enough electricity through 10 cm of concrete, which could help to assist powering a vehicle in the future.

The team was able to pass 50-60w of power through 10 cm of concrete and tyres, (the same concrete used for roads in Japan) to power a light bulb, in the life size demonstration. 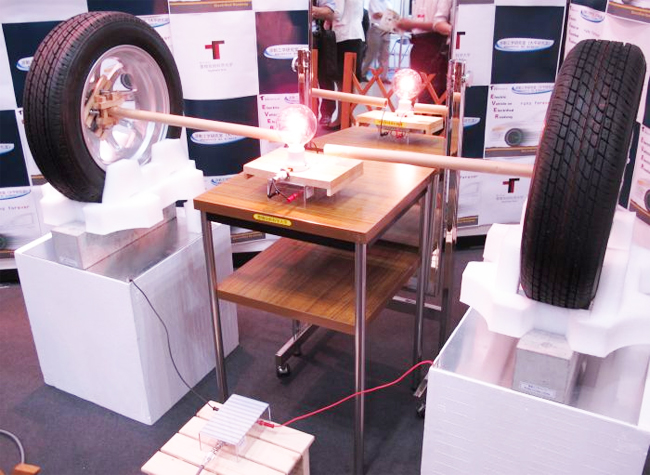 The demonstration of the new technology was showcased at the WTP Wireless Technology Park, in Yokohama, Japan last week. But the technology is still in the very early stage of development so don’t expect to see electric cars powered by electricity under the roads just yet. Team leader Takashi Ohira, professor at the university’s Department of Electrical and Electronic Information Engineering explained:

“The efficiency of power transmission from the metal plate under the concrete, which is the same as used for public roads in Japan, to the light bulb attached to the tire is 80-90% or higher”