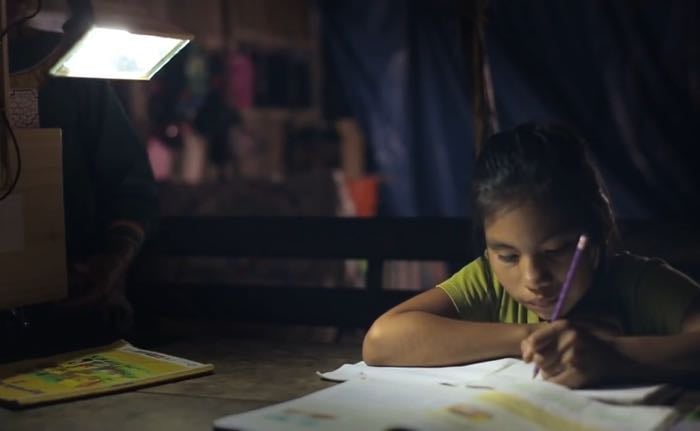 Researchers and a team of eight students at the Universidad de Ingeniería y Tecnología (UTEC) have created a lamp powered by a plant.

The Plant Lamp can give up to two hours of light each day and it uses a high illumination LED system which has low energy consumption.

The lamps uses energy that is stored in the soil which has nutrients and microorganisms that are released by the plant as it grows, the lamp then uses the free electrons from the microorganisms for power.

“We put the plant and soil into a wooden plant pot together with a previously established and properly protected irrigation system. Then, inside the pot we place the energy generation system that we created which stores soil and electrodes capable of converting plant nutrients into electric energy” explains Elmer Ramirez, a professor of Energy and Power Engineering at UTEC and leader of the Plant lamp research team.

The beneficiaries of this project initiative are the population of the native community of Nuevo Saposa, which pertains to the ethnic group called the Shipibo Conibo, in Ucayali, a region which is noted for having the lowest rate of access to electricity. “While there are shortages of a number of resources in Nuevo Saposoa, the absence of electric energy has a major impact on its social, educational and family development”, says Jessica Ruas, UTEC Marketing Director, who also points out that 10 prototypes of the Plant lamp have been delivered to families of this community.

You can find out more details about this interesting lamp powered by a plant over at the UTEC website at the link below.