Researchers at the Osaka University in Japan have created a 3D display using multiple projectors and a fog display, to create a 360 degree 3D display. This 3D display projects different images, from different angles on a cylindrical fog display.

Have a look at the video of it in action below, the researchers have said that is the fog display can be increased in size and more projectors used to form the 3D image they would be able to build a much larger version. 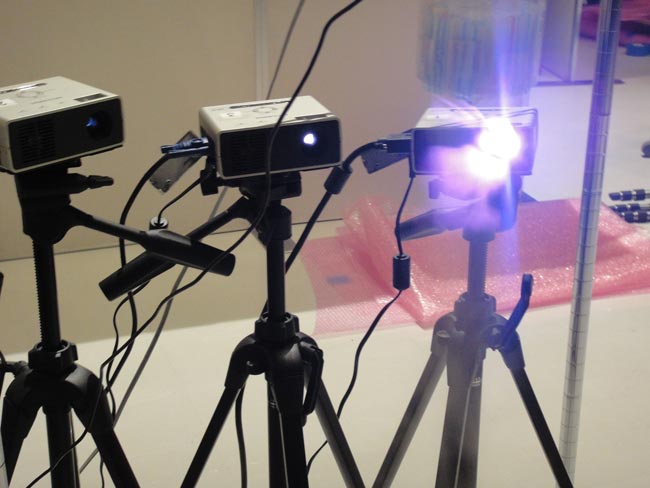 “Ordinary fog displays use a single projector with fog on a flat surface, but this display uses three projectors, each showing a different picture. So when the observer moves around the fog, they get a three-dimensional view.”

It certainly looks very interesting from the video, have a  look at the gallery below which shows some more photos of this innovative 3D display.