Early detection and quarantining is crucial to prevent the outbreak of disease. Luckily, there is now a portable device that can be used to detect pathogens, infectious diseases and physiological conditions in both people and animals. 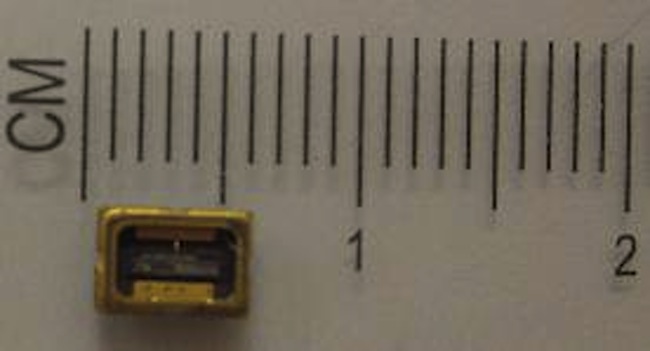 Jayne Wu and Shigetoshi Eda are the brains behind this ingenious device. Wu is no less than an associate professor at of computer science and electrical engineering at the University of Tennessee, Knoxville. Eda is associate professor of Forestry, Wildlife and Fisheries at the UT Institute of Agriculture Center for Wildlife Health.

“Time is of the essence in treating infectious diseases. This device has the potential to save a lot of lives by saving time in detection. It also saves a lot of money as it is cheaper to detect diseases than the system that is currently being used since we do not have to send them to a lab and have the sample be scrutinized by technicians.” Wu said about her presently unnamed device.

The device works by placing a blood droplet in on a microchip inside the device. The microchip is programmed with disease specific antigens. if any of the antigens in the microchip and the blood match, the patient is infected. The diagnosis occurs only after a couple of minutes. The device proved effective in diagnosing tuberculosis both for man and animals, and Johne’s disease in cattle

Johne’s disease is recently incurable so diagnosis is crucial to prevent the spread of the disease. Johne’s disease has already incurred $200 million in annual losses in the US dairy industry.

The device holds high hopes in detecting various diseases and physiological conditions like Alzheimer’s disease and cancer. Recent development reports that it can already detect pathogens in food.

Wu and Eda received $15,000 from the UT Research foundation to further develop device. I just hope zombie film makers pick up on these to arm their lead starts better but that would end up killing the plot and the movie all together. No bad news for us.