Renaissance Blood THD has just arrived in the Google Play online store and has been created to take advantage of the 12-core GPU available to devices fitted with NVIDIA Tegra 3 chip.

Renaissance Blood THD is a shooting game built on the Unreal 3 Mobile Engine and has been developed by NCsoft Corporation. Watch the video after the jump to see it in action. 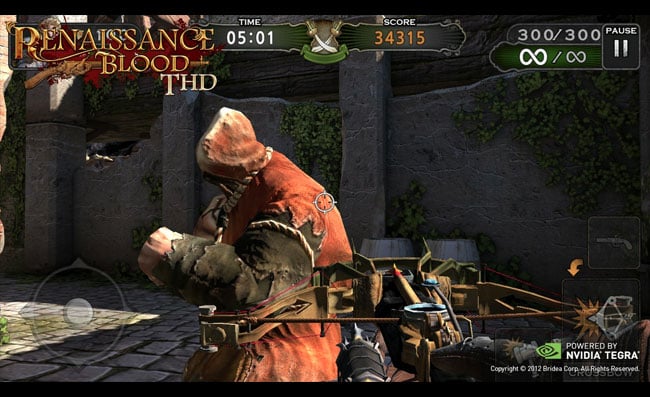 “After Leonard DaVinci’s death, heroes of Renaissance started to fight a battle for capturing ‘DaVinci machine’ which DaVinci designed. Immerse yourself in a world where science and alchemy set the rules, and battle your way through a slew of mobs with spectacular weapons inspired by Da Vinci’s inventions.”

Renaissance Blood THD is now available to purchase for $3.99 from the Google Play Store. Enjoy!