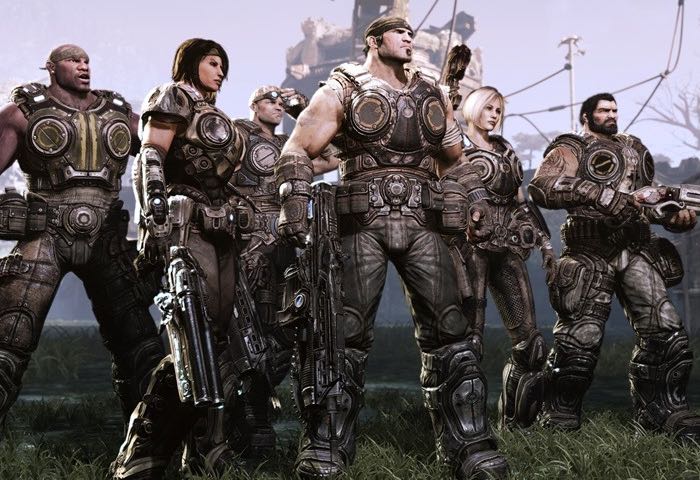 Ahead of any reveal that maybe taking place at this weeks E3 games event currently taking place in Los Angeles, details for the new and rumoured remastered Gears of War collection have been leaked via a Russian Gear of Wars website.

The leaked details of remastered Gears of War collection reveal that the game may have the following features although as yet this has not been confirmed by the games developer or publisher.

• Adapted for Dolby 7.1 Surround
• 90 minutes of new content for campaign mode of the original game on PC
• New achievements for Xbox LIVE (player account 1250)
• Gallery sketches and comics available to unlock
• Streamlined multiplayer mode:
•  60 frames per second
•  Dedicated servers
•  Selection of players for skills
•  New types of games, “Team Fight”, “King of the Hill” (in the style of Gears of War 3) and the new 2 2 Destruction “Gnasherom.”
• 19 cards, including downloadable content and exclusive cards from the PC version
• The ability to gain access to the 17 characters of Gears of War 3 multiplayer games
• New features match the settings, including the choice of parameters of the active charge, renewal, revival and the emergence of an independent arms.
• Streamlined gameplay more fluid movements and updated management system:
•  Alternate control system and a brand new control scheme tournament
•  All control parameters adapted for Xbox One
•  Added features from your favourite Gears of Wars 3: Marking enemy targets, the use of the device in a multiplayer game, improved sensitivity setting.

As more information is officially announced or leaked we will keep you updated as always.