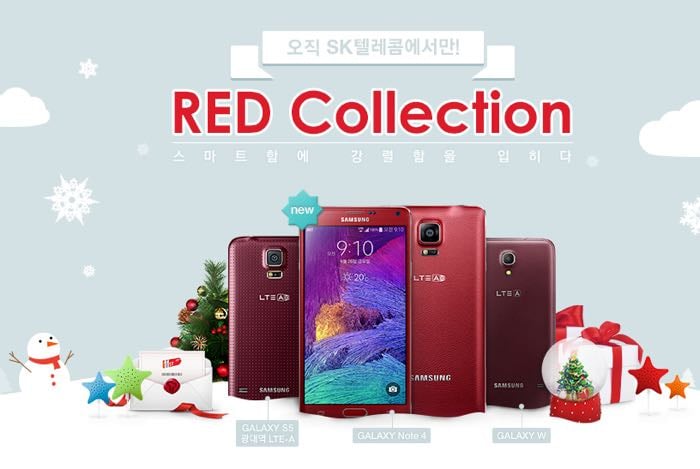 Samsung has launched a new red Galaxy Note 4 smartphone in South Korea, the handset has launched just in time for Christmas, and the color of the device is called ‘Velvet Red’.

The Velvet Red Galaxy Note 4 smartphone is being sold exclusively through mobile carrier SK Telecom in South Korea, and it appears that the device is South Korea only for now.

The Galaxy Note 4 comes with an eight core Exynos 5433 processor in South Korea, the device also features 3GB of RAM and a choice of either 32gB or 64GB of included storage.

Other specifications on the Galaxy Note 4 smartphone include a 5.7 inch display with a Quad HD resolution of 2560 x 1440 pixels, the handset also comes with front and rear facing cameras.