Recon Instruments the creators of the Zeal Transcend Goggles has unveiled their next-generation goggle technology at CES this week which will include a Android platform enabling developers to create applications for their new eye-ware.

The developers will have GPS, Android and Bluetooth at their disposal and the technology will be available in version ready made to work with Uvex, Alpina and Briko products. Allowing users to be able to download the apps and personalize their goggles. 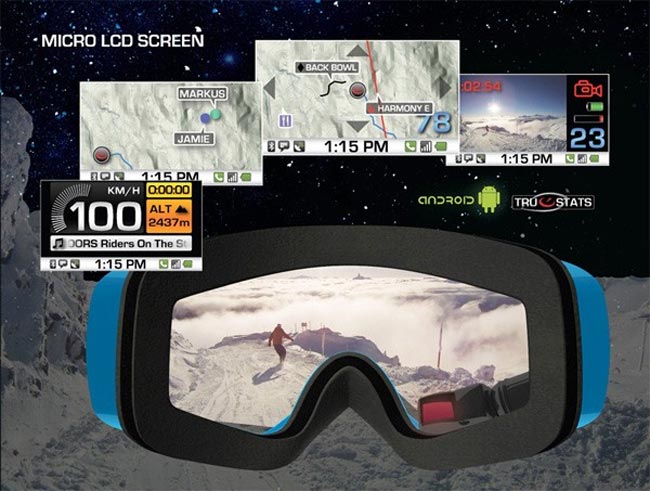 Users will then be able to interact with their goggles and the installed apps via a wireless remote and Bluetooth will allow the goggles to communicate with either your smartphone and media players.

The system is still in the very early stages of development at the moment but Recon also hopes to eventually create the first pair of goggles with a real-time navigational installed. We will keep you posted on their development.