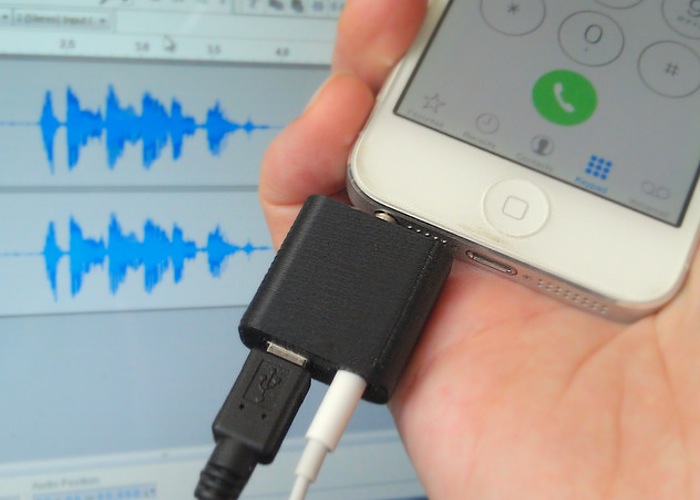 If you have ever needed to record a smartphone conversations via a USB connection to your Mac or PC system but have yet to fine a suitable solution, you might be interested in a new device called the RECAP USB which has been created by Igor Ramos.

Igor has already a number of successful Kickstarter campaigns to his credit and has previously created the RECAP S2 and RECAP C devices that allow you to record audio to a mic or combo port.

The new RECAP USB device has been specifically designed to enable Mac owners to use the USB port on their systems to record interviews, telephone conversations or anything else that they would like to import and use with their other Mac applications.

As the device supports USB users can also use it with Windows-based PC systems just as easily. Check out the video below to learn more about the new RECAP USB device from its creator Igor, who explains :

“After launching these two products and I learned a lot about user’s needs. Many users wanted to record calls into their Mac computers. However, many Macs do not have a combo or mic port, so RECAP S2 and C would not work right out-of-the-box in those systems.
So I needed to come up with a solution for the Mac users. And that is why I created RECAP USB: The RECAP for Mac users!! (of course, being USB device RECAP USB also works on PCs)

When you connect RECAP USB to your computer, your computer will automatically detect it as a new audio input source.  You should then select it as your audio input. Once you’ve done that, your’re ready to record the calls. Just hit the record button in your favorite recording software. I recommend Audacity. It’s a free & powerful software for recording. ”

The RECAP USB project is currently over on the Kickstarter crowd funding website looking to raise enough pledges to make the jump from concept to production. So if you think RECAP USB is something you could benefit from, visit the Kickstarter website now to make a pledge and help RECAP USB become a reality.