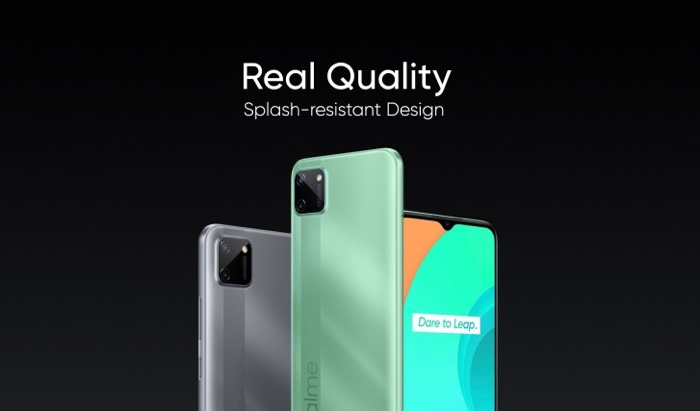 Realme is launching a new smartphone in India, the Realme C11 and the handset comes with a 6.5 inch LCD display with a HD+ resolution of 1560 x 720 pixels, it also features a 20:9 aspect ration.

The handset is powered by a MediaTek Helio G35 mobile processor and it also come with 2GB of RAM and 32GB of included storage.

If you need some extra storage then there is a microSD card slot for expansion and the device features a 5000 mAh battery an 10W charging.

The Realme C11 smartphone will be available in a chocie of two colors, grey and green and it will retail for INR 7,499 and will go on sale on the 22nd of July.