EA and the Firemonkeys games studio have today released the first trailer for its new Real Racing 3 game which is currently under development, and will be the third in the Real Racing series that originally landed on iOS back in 2009.

Real Racing 3 will include a 22 car grid allow you to compete against 21 other drivers and put your smartphone and tablet driving skills to the test. Watch the first trailer for the new Real Racing 3 game after the jump to see it in action. 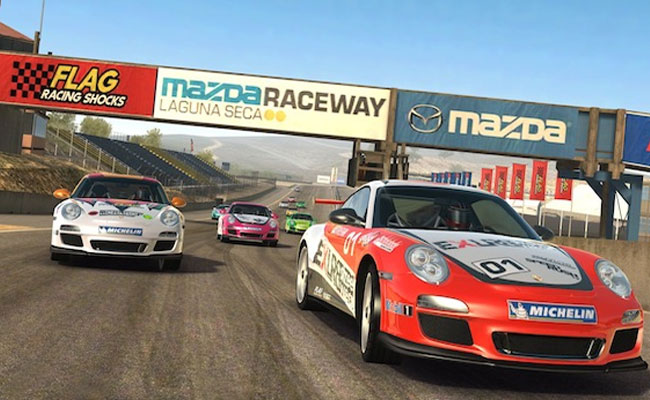 For the first time the Real Racing 3 will also include lineup of real world tracks, including the Mazda Raceway Laguna Seca, Indianapolis Motor Speedway and Silverstone, to name a few.

“Fans can experience the glory of championship racing on real tracks recreating the full race-day pressure and environment in a game that harnesses the full power of mobile hardware to produce a beautiful racing environment.”