Xbox 360 gamers might be interested to learn that Razer has released a new pair of Razer Carcharias Xbox 360 headphones, which are sporting a completely redesigned form and specifications.

The latest  Carcharias Xbox 360 headphones to be launched by gaming peripheral manufacturer Razer build on the ergonomic design of the pervious Razer Carcharias headset for the PC. 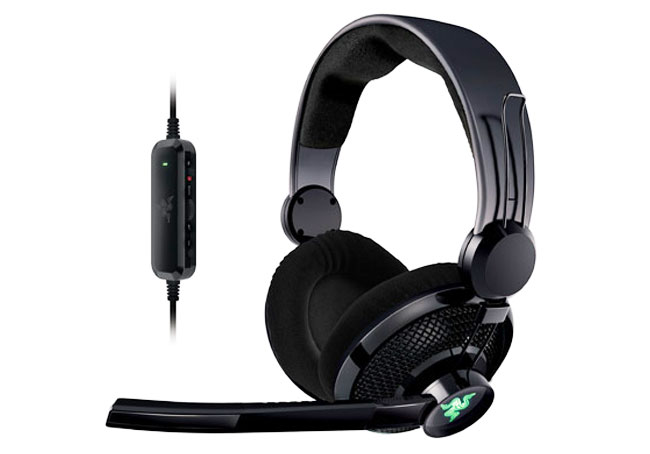 The new design incorporates an adjustable, padded head rail, 1.25 in/3.18 cm on either side, to accommodate a wide range of head sizes, with its soft, pliable, removable ear cups, and is fitted with 40 mmDrivers with Neodymium Magnets.

Other features include a noise filtering microphone, adjustable voice and game volume balance, connectivity to all Xbox 360 systems,  and ambient green glow on headset logo.

“Xbox gamers – get ready to experience extreme comfort with circumaural ear cups and interchangeable ear cushions with the new Carcharias,” said Robert “RazerGuy” Krakoff, president of Razer USA. “This fan favorite of ours is now redesigned for the Xbox 360 and gamers are going to love it.”

The latest Razer Carcharias Xbox 360 gaming headset is now available to purchase for $70 or €70 from stores both online and in the high street.