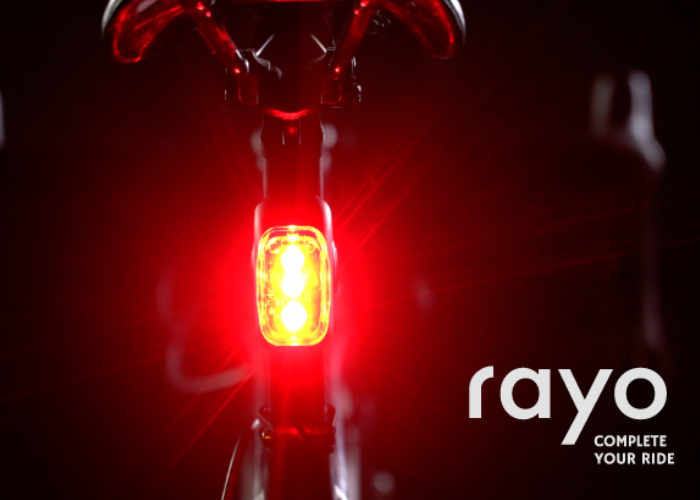 Cyclists searching for a smart bicycle light system to keep them safe during the dark nights and on busy streets, may be interested in Rayo a new system created by a team of developers at Hauteworks. Rayo has been designed to provide cyclists with the world’s brightest and most advanced bike lighting system and has been launched via Kickstarter this week to raise the $10,000 the team require to take their design into production.

Rayo is a bicycle tail-light designed for the modern cyclist. Equipped with ultra-bright LEDs, engineered optics, motion detection, and bluetooth connectivity features, Rayo’s functionalities not only boost your riding safety, but also make your riding experience more convenient, entertaining, and seamless. Rayo comes in five appealing and unique colors to make you and your bike look better than ever. You love your bike. Give it what it deserves.

Available from $39 the Rayo bicycle smart light system is expected to start shipping during April 2018 if all goes well. For a full list of all available pledges jump over to the official Kickstarter campaign page by following the link below.