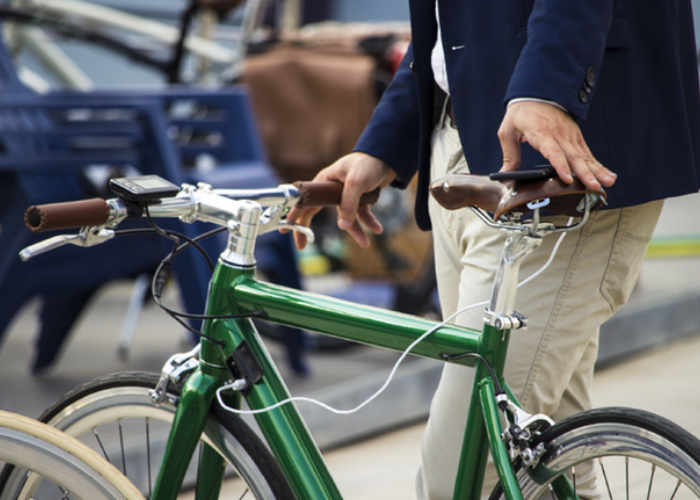 A new electric bike has been launched via Kickstarter this week called the Lauva, designed to provide style of a classic bicycle, equipped with the latest technology allowing you to enjoy your ride even more. Early bird Kickstarter pledges offer savings of up to 40% with prices starting from €1,485 or £1,316, with delivery expected to take place during March 2018. The Lauva Electric bike has been inspired by Barcelona and has been designed to provide a bite you will enjoy riding it offers a powerful electric system allowing you to cruise to work or around your city for pleasure in an environmentally friendly way.

Watch the demonstration video below to learn more about the electric bike that offers a 70 km range, Is available in three colours British Racing Green, Wine Red, Soft Cream and can be charged from flat to full in just three hours. The Lauva electric bike weighs 14.5 kg.

Lauva is our interpretation of the way bicycle should look and perform, that us, cyclists, would like to ride…simple, elegant, fashionable and electric. A classic bicycle equipped with the latest technology to help you enjoy your ride without an effort. Forget about flat tires, getting dirty and sweaty clothes… the city is yours! Lauva means Lion in Latvian. The project was inspired by gorgeous and powerful animals. We wanted to create an opportunity to help felines have a better life through donations for The Lion Whisperer, the organization created by Kevin Richardson.

We will donate 50€ for every single bicycle purchased through our Kickstarter campaign plus a company donation every single time we achieve goals. We want to reach 15.000 € to help minimize the number of large carnivores being kept in captivity and to highlight the direct link between the cub petting industry and the ‘canned’ hunting industry.

For more details on the Lauva electric bike jump over to the official Kickstarter campaign page by following the link below for a full list of all available pledges, specifications, stretch goals and upgrade options.