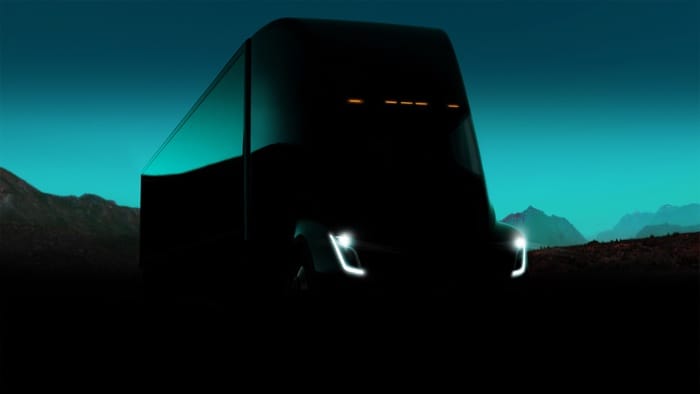 As well as the new Tesla Roadster, Tesla also announced a new electric truck, the Tesla Semi and it comes with some impressive figures. The new Tesla Semi can travel from 0 to 60 miles per hour in just five seconds without a trailer.

Tesla have said that one of the main features on their new truck is safety, it is designed to have a higher safety standard than any other truck available.

Without a trailer, the Tesla Semi achieves 0-60 mph in five seconds, compared to 15 seconds in a comparable diesel truck. It does 0-60 mph in 20 seconds with a full 80,000-pound load, a task that takes a diesel truck about a minute. Most notably for truck drivers and other travelers on the road, it climbs 5% grades at a steady 65 mph, whereas a diesel truck maxes out at 45 mph on a 5% grade. The Tesla Semi requires no shifting or clutching for smooth acceleration and deceleration, and its regenerative braking recovers 98% of kinetic energy to the battery, giving it a basically infinite brake life. Overall, the Semi is more responsive, covers more miles than a diesel truck in the same amount of time, and more safely integrates with passenger car traffic.

You can find out more information on the new Tesla Semi truck at the link below, the truck foes into production in 2019 and reservations star at $5,000.