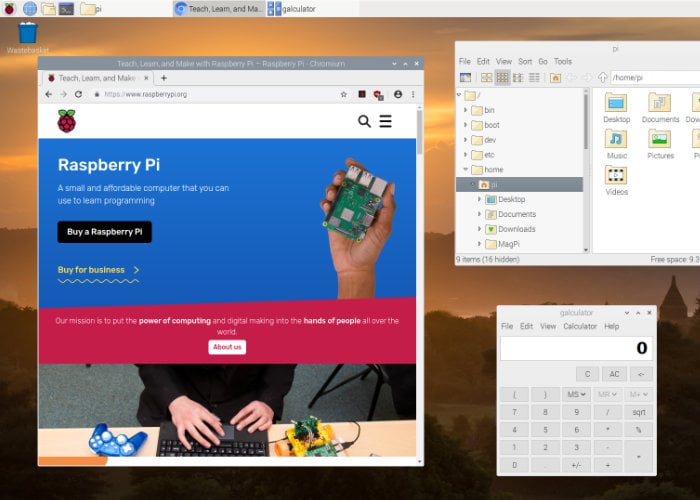 “The official launch date for Buster is July 7th 2019, so we are a couple of weeks ahead. That said, Buster has been in a “frozen” state for a couple of months now, with only minor changes being made to it, so the version we are releasing is pretty much identical to that which will be officially released by Debian on July 7th 2019.

There are no huge differences between Debian Stretch and Debian Buster. In a sad reflection of the way the world is nowadays, most of the differences are security changes designed to make Buster harder to hack. Any other differences are mostly small incremental changes that most people won’t notice, and this got us thinking… ”

To learn more about all the new features within the Raspbian Buster operating system jump over to the official Raspberry Pi Foundation blog. “As ever with major version changes, our recommendation is that you download a new clean image from the usual place on our site – this will ensure that you are starting from a clean, working Buster system. We do not recommend upgrading an existing Stretch (or earlier) system to Buster ”