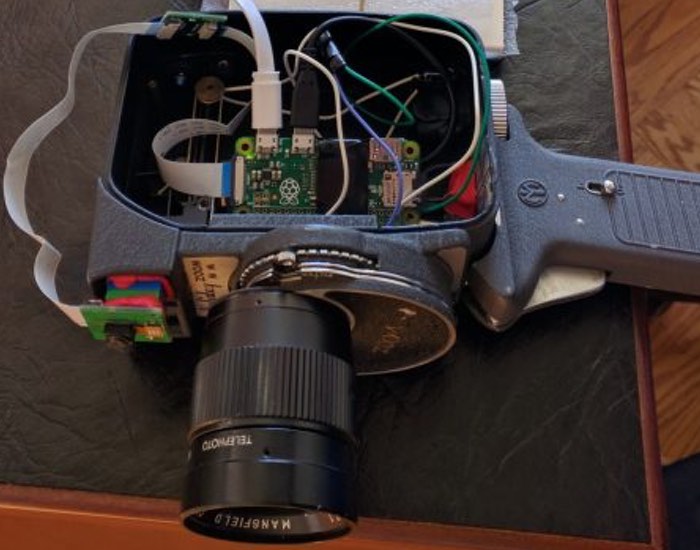 Raspberry Pi enthusiasts looking for a new project to keep them busy what interested in this Mansfield Holiday Zoom movie camera which is being transformed by John Sichi thanks a little Raspberry Pi power.

Watch the video below to see what sort of footage and results you can expect from the zoom movie camera which was originally purchased via Yerdle.

The Raspberry Pi Foundation website explains a little more about the build :

The camera was fully operational, but sadly the lens was damaged. With the cost of parts, film, and development an unreasonable expense, John decided to digitise the camera using a Raspberry Pi Zero and Pi camera module. To fit the Pi in place, John was forced to pull out the inner workings; unfortunately this meant he had to lose the nostalgic whirring noise of the inner springs which would originally have spun as the movie was recorded.

Using a scrap piece of metal, he was able to create a stop/start button from the existing trigger: hold it down to record, and release to stop. A USB battery pack provides power to the Pi while bits of LEGO and Sugru hold it in place.

If you are interested in making your very own check out all the code which is available to download via GitHub.