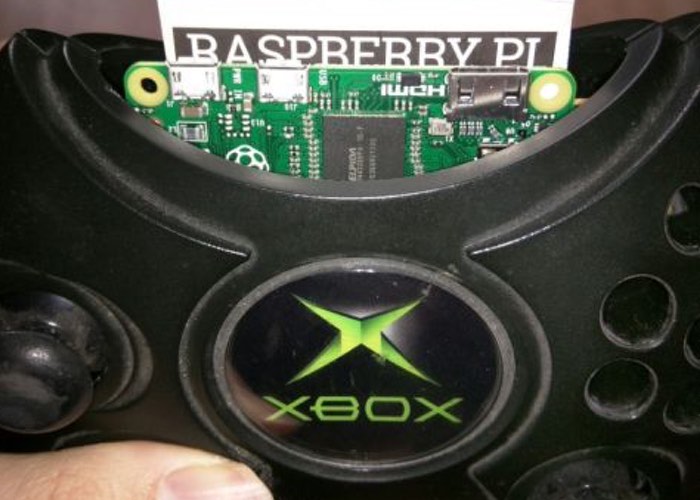 Terence Eden has published details of a great little Xbox controller hack which involves a Raspberry Pi zero that has been slotted inside transforming the controller into a fully functional game emulator and console.

To be able to install the Raspberry Pi Zero single board mini PC which was unveiled last month into the Xbox controller. Eden had to modify the controller quite considerably by hollowing it out to make room to accommodate the Pi Zero mini PC.

I like to tinker. My wife picked me up the new Raspberry Pi Zero. It’s an ultra small and ridiculously cheap computer. How small and cheap? They give it away free on the cover of magazines… Ok, so what can I do with a wafer-thin Linux box? I had thought of turning it into a simple door sensor, or perhaps wiring it in to a lightswitch, or swallowing it to see if I would get super powers. Then it struck me – turn it into a games console!

Now, don’t get me wrong, this has been done many times before – but I think I’ve come up with a unique twist. Build it directly into the controller! My original plan was to buy some USB NES controllers – they’re about the right size, but with only two buttons I’d be restricted to playing, well, old NES games. Also, buying new plastic stuff… nah! Reduce, Reuse, Recycle!

More information about the Xbox controller board can be found over on the official Terence Eden website by following the link below. If you found this article interesting you might also be interested in this list of awesome Raspberry Pi Zero projects we have put together.