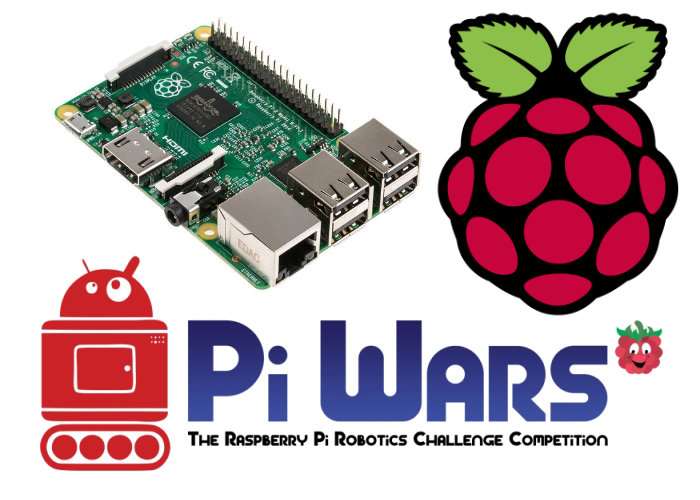 Raspberry Pi enthusiasts are sure to be interested to know that in a few days time this year’s Raspberry Pi Wars 2017 will be starting on April 1st, 2017 and will be hosted at the Cambridge Raspberry Jam.

To recap the Raspberry Pi Wars allows home-brew Raspberry Pi-powered robots to compete across seven challenge courses. There’s also a host of other categories, including prizes for Artistic and Technical Merit, as well as an award for ‘Funniest Robot’!

This is the third time the competition has been run, and this time we’re running the event over two days:
• Saturday – School teams.
• Sunday – Beginner, Intermediate and Pro/Veteran teams.

With teams coming all the way from the USA, Germany, Switzerland, Wales and Scotland as well as England, it truly is an international competition! There are more than 65 teams competing across the weekend. Judging by some of the tweets we’ve been seeing, there’s likely to be some fierce competition!

We are very fortunate to welcome BBC Robot Wars judge Dr. Lucy Rogers as our special guest and head judge. Away from Robot Wars, Lucy is an independent designer and maker, and famously introduced Raspberry Pi-controlled animatronics to the Blackgang Chine theme park on the Isle of Wight.

If you’re in the Cambridge area, or even if you’re further afield, you can come along and watch. Pi Wars 2017 spectator tickets are available from Eventbrite. Children aged 16 and under go free, as do volunteers, and it’s just £5 per day (or £7 for the whole weekend) for everyone else.

For more information jump over to the official Raspberry Pi Foundation website via the link below. If you enjoy building Pi projects you might be interested in our comprehensive list of Raspberry Pi displays, HATS and small screens.